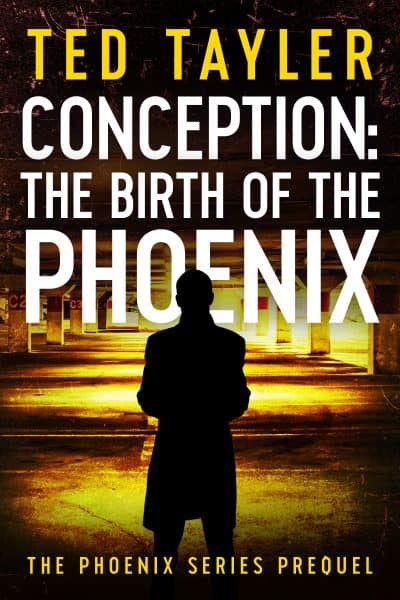 Conception: Birth of the Phoenix

A compilation of the two novels that preceded The Phoenix series. What moulded the character of the man who becomes a vigilante killer?

A compilation of the two novels that preceded The Phoenix series. Catch up with the story so far. What moulded the character of the main male protagonist of the series that features this vigilante killer?

The Final Straw
Colin Bailey is bitter and emotionally damaged. An only child who was unloved and unwanted. A devastating family tragedy proves the final straw. Now he’s hell-bent on revenge.

Detective Phil Hounsell has battled for years to stop his quiet West Country town falling into the grip of two rival gangs. Suddenly, he has other problems to solve, as the town suffers a series of unexplained deaths. Will he find the killer, or will he become another victim?

Unfinished Business
After a decade abroad, Colin Bailey returns to the UK. With a new name and a new face, he has scores to settle.

His meticulous planning lets him slip unnoticed across the country, ticking names off his list. The police are clueless. DCI Phil Hounsell has pitted his wits against Colin before. He drives to Durham to team up with super intelligent young DS Zara Wheeler. Together they track Bailey to Manchester and then eventually south to Bath.

In the final scenes on the streets of the Roman city, Phil Hounsell’s family is under threat. A dramatic struggle, reminiscent of Holmes and Moriarty at the Reichenbach Falls, ensues above historic Pulteney Weir.

Two men plunge into the foaming waters. Who will survive?