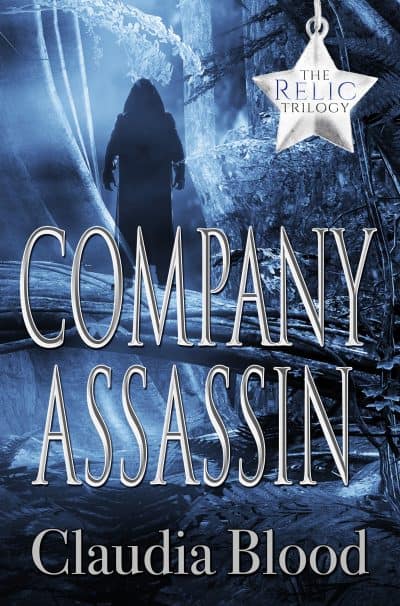 In a world where an organization known as the Company controls everything, an orphan battles tech-eating demons led by a woman obsessed with making him her next company assassin. Uncovering the truth is only part of it; survival is the rest.

It’s Duff Roman’s eighteenth birthday, but no one is lighting candles.

Turning eighteen in the orphanage on Kalecca means starvation for those who aren’t hired into a Family. Outside the Family compounds lies the jungle. And in the jungle lies death. And Relics—the only real currency on Planet Kalecca.

The orphans are Duff’s family, and he’s sacrificed everything to keep the orphanage running, even his chance to move on. Now, at eighteen, he has no choice but to leave. Without him to bring in extra money, the orphans will starve under the Company’s control. Duff’s only chance to save them is to find a spot on an independent crew and hopefully find a Relic to sell.

A seemingly chance encounter with Z, leader of the most feared independent crew, offers Duff his opportunity to score a Relic. And offers Z a chance to relieve the guilt he feels over his past.

But a company assassin has plans to lay waste to Duff’s future, and the orphanage as well.