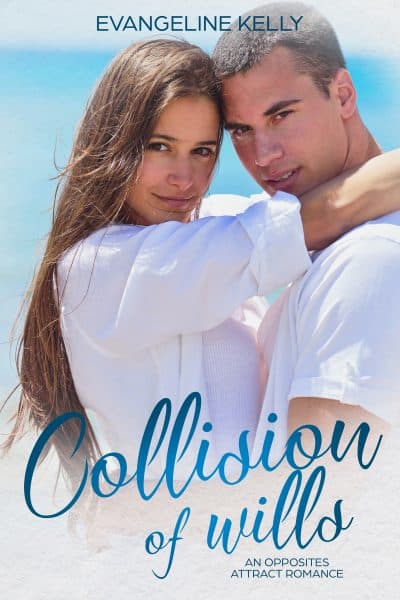 A snobby rich girl meets a rough around the edges artist. Can two people from completely different worlds come together?

Alexa Covington was a snobby rich girl from a wealthy community in Malibu, California. She liked pretty boys, shopping, and trips to the spa with her posse of mean girls—in that order.

Dylan West wanted to be an artist, but he felt confined to a life painting houses instead. Despite the fact that he longed for something more, he was determined to follow the path his father set out for him.

Back in high school, Dylan had a crush on Alexa, but he moved on. When their paths crossed years later, she barely remembered him.

One night, after volunteering at a teen center, Alexa walked to her car alone and was nearly assaulted. Dylan came to her rescue, and the two were forced to spend time together in urgent care.

An unlikely friendship ensued and feelings grew despite their differences. Even if they wanted to, they couldn’t walk away from each other. Dylan made Alexa rethink everything about her life of privilege.

But when her mother threatened to cut her off if she didn’t leave Dylan, Alexa was forced to make a choice. Continue living the entitled existence she’d always known or choose another path, one that would change her world forever.

This is a contemporary Christian story of redemption that takes the characters on a journey as they count the cost of the Christian life and learn to treasure Christ most of all.