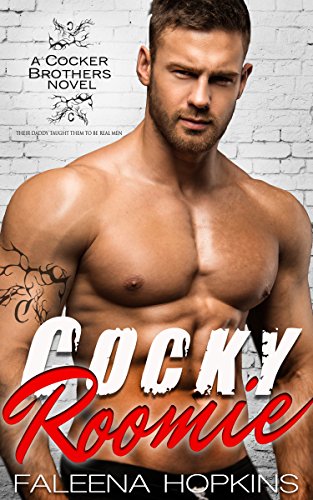 When 25 year old Jake Cocker puts an ad out for a roommate 33 year old, newly separated Drew answers. He thinks she’s a boy from her name until he meets her. Then won’t rent to her . . . at first.

* DREW: This “roommate wanted” ad is wildly rude and unbelievable. At least it’s honest, unlike my soon-to-be ex-husband.

When Jake Cocker introduces himself wearin’ only a towel and a smirk (8 years younger than me and hotter than hell in August) I decide having him as my roommate is a VERY bad idea.

He thought I was a boy from my name, so now that I’m here he won’t rent to me.

I know I should go, but my search for a home has me begging him to give me a shot.

I can’t stay where I am. Secrets are there I’m not even aware of. And all I want is a fresh start.

What other choice do I have . . . leave Atlanta, my dreams, and give up?

* JAKE: With our dad being a congressman, and us coming from old-money, women throw themselves at me and my brothers.

But Drew Charles is from a small Georgia town and doesn’t know about us.

I only rented to her out of pity, because I hate to see a woman cry.

Then I braced myself for a nightmare . . . but she just hides in her room, studying.

No matter how carefully I try to coax any information out of her, she’s a closed book. She wants nothing to do with me.

I knew I shouldn’t have rented to a woman. I told her we’d be f*cking soon and she just got pissed. Told me she wouldn’t if I begged her to.

I’ve never had to beg any woman for anything. It’s the other way around. Except with Drew.

Why has that given her the starring role in all of my fantasies? And how can I convince her to make them real?