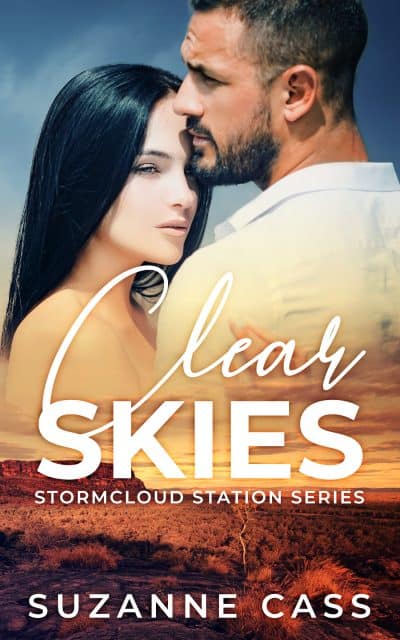 Fate and flooding rains brought them together. Secrets may tear them apart.

Daisy’s in trouble. Her car is stalled in the middle of a flooded creek, with the water rising quickly.

Dale is in no mood to rescue the woman about to be swept away by a raging tropical storm, who’s clearly a city girl, unfamiliar with the country roads, and driving a completely unsuitable car. He has half a mind to leave her right where she is.

Stranded on the wrong side of the creek, Daisy has no other option than to accept Dale’s offer to spend the night at the luxury resort, Stormcloud Station. All of Daisy’s plans to leave the station are thrown into chaos when a girl is found drowned in the creek and everyone become suspects in a murder investigation.

Daisy has discovered that far north Queensland is a wholly inhospitable country, but it also has a man with mesmerizing dimples, whose kiss has captured her soul. But she hides a secret that would tear them apart.

On a night full of chaos, Dale and Daisy uncover the truth about the killer. But how can Dale safeguard this willful, determined woman who owns his heart when Daisy puts herself squarely in harm’s way?