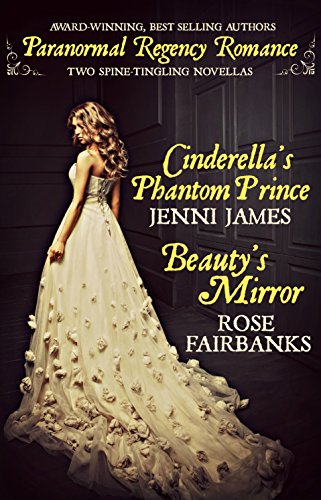 Log in to submit or change your own rating.

Prince Adrian died tragically twenty years before, and until he met Adeline, his life had been quite lonely indeed. Suddenly, it is full of intrigues and a yearning desire to get to know the contradictory maiden. One moment, she is a prim and proper miss, and the next, a pillar of pluck and determination. Mostly, he finds he wants to protect her from the onslaught of her family—and the role of servant they have forced her to play.

Adeline Moses was not royalty at all—she was merely a companion to her two stepsisters, the daughters of Lady Attlepate. So when she finds herself falling for a princely ghost during a summer party, all the rules of etiquette and her station in life seem to be tossed out the window. Now she is attempting to spend as much time with the prince as she can without her stepsisters ruining what little bit of happiness she has found.

Their hearts feel alive for the first time in ages, yet a bit battered too, for how can such an unlikely pair find their happily ever after?

Leonard Sundridge must find true love before his stepdaughter’s sixth birthday or he will die, cursed by his phantom wife to this fate unless he learns to love. But he cannot leave the estate grounds, and no one has ever loved him. Five years later, an angry and bitter prisoner in his own home, he hires a governess for Rosie in what may be his first selfless act ever.

Arabella Beauley once believed in magical tales, but when nothing can save her mother, she forsakes fanciful stories. When her brother incurs a debt to the duke of Erroll, she chooses to work off his debt as a governess. Bella expected merely to give French lessons. Instead, the strange happenings at Sundridge Castle engulf her. Is the duke as rough and beastly as others have said?

You’ve never read a Beauty and the Beast story like this before!