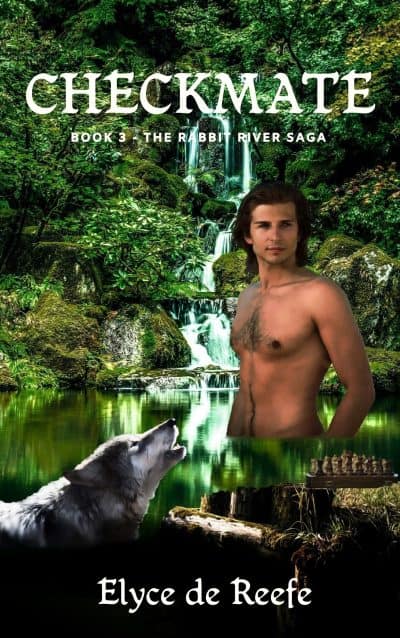 The Rabbit River Saga—a paranormal wolf shifter romance with sizzling heat, swoon-worthy heroes, and just a touch of magic. These are not your ordinary werewolves . . .

Aster Ardennes has sworn vengeance. When a rival Alpha, Marten, takes over her father’s pack, Aster is determined to make him pay. But when the new Alpha decides he’s going to take her as his mate, things get serious. As a rare female born to the old Alpha, Aster has always been considered something of a princess. But no one would ever call her weak. Marten may think she’s just a pawn, but strategy has always been her strong suit. And Aster can’t wait to show him the true meaning of forced mate. Everything else will just have to wait.

Jesse Wayne knows all about his reputation. He doesn’t let it bother him. After all, when you’re an outlaw, you might as well own it. Never in his life did he imagine the Princess would turn to him. But now that she’s right there, he just can’t help wondering if this could mean something more . . .

There’s nothing Apprentice Lore Master Dean Rolland likes more than a good mystery. He spends most of his time in his lab looking for answers. That is, if he’s not off searching through the ancient archives. But the biggest mystery these days is where in the world is Aster Ardennes?

For months, the pack has been searching for her, following the disturbing trail of breadcrumbs she’s left for them, a wild goose chase centering around mysterious Special-T Pharmaceuticals. But Aster herself is like a ghost. And he can tell—whatever she’s playing at—she’s up to her furry little tail in something dangerous. He just hopes they find her before someone else does. Like Marten.