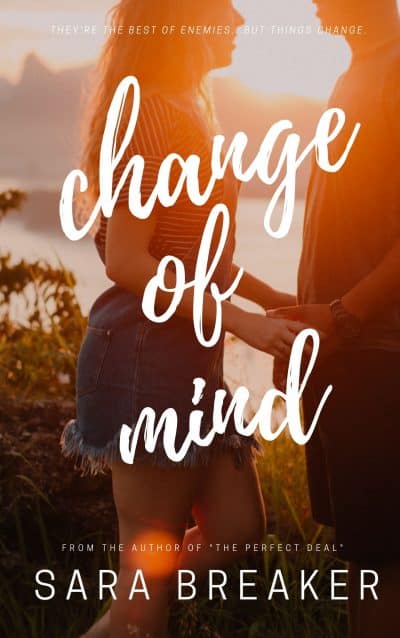 Change of Mind: An Enemies to Lovers Slow Burn Romance

School president Allie and popular jock Troy have been the best of enemies since the beginning of time. But things change . . .

Allie Alberts is as straight-arrow as you can get. She’s the president of the student council, head of the Student Affairs Board, and an indisputable teacher’s pet. She’s so straight-arrow, she’s been with the same smart, stable, and loyal guy for all her life. Last year, she suddenly, mysteriously, left school in the middle of the semester. But now that she’s back, people are noticing certain . . . changes.

Troy Williams, the most popular jock on campus, has been the bane of Allie’s existence right from middle school, and he wouldn’t touch her to help her if her hair were on fire. But now that they’re in high school, not even in his wildest dreams did he ever think that she would look at him twice, especially when she already has Mr. Loyal by her side. Troy’s certainly hot, and he definitely knows it. So maybe Allie’s tastes have simply changed. Or maybe there’s another reason . . .

An offbeat, quirky young adult sweet romance that’s a little bit different, for those who can’t get enough of the geek+jock couple in the hopeless romantic comedy love stories genre, from the author of “The Perfect Deal”.