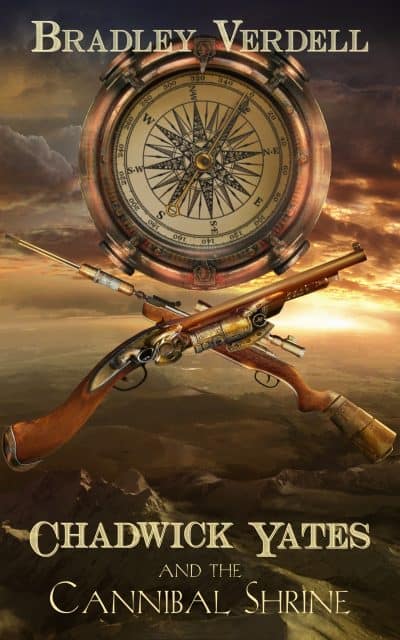 Across the waters from industrialized Cavendia lies the Forbidden Continent of Tanzia, where Servants, the majikal creations of an ancient sorcerer, still walk the earth.

A Lost World. A Marvelous Expedition. A Dangerous Ambassador.

Across the waters from industrialized Cavendia lies the Forbidden Continent of Tanzia, where Servants, the majikal creations of an ancient sorcerer, still walk the earth. Once mankind was enslaved there, but after the sorcerer’s imprisonment, one nation sailed away. For centuries, none has dared return, until now.

Fear has grown that technology may have emerged on Tanzia. Cavendia’s government decides to make first contact with the ancient land. Their chosen ambassador is Chadwick Yates, of origins unknown. An expert woodsman and firearms master, Yates is not a man to be crossed. His mission is to report on the technology and resources of the indigenous, but the government now suspects he is hiding the full truth. Thurston Sharp, a Royal Navy Commander from a long military pedigree, is selected to go along and find out what Yates is hiding.

When the pair are dropped on Tanzia, Sharp realizes nearly everything Yates has told the government is a lie. But in a land populated by dark hounds, cannibals, and gargoyles of living stone, Sharp has no choice but to fight to survive with Yates and to go where the ambassador leads, even to battle . . .