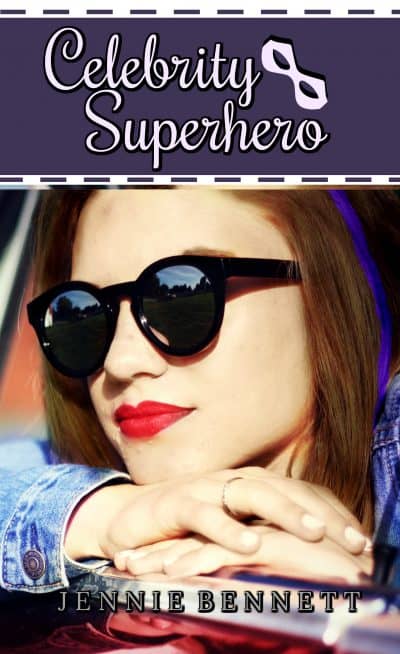 When daydreamer Anna Eom’s favorite singer turns out to be her childhood friend, Anna has to reconcile her past with her present and discover the difference between fact and fiction.

When Anna Eom isn’t reading fantasy novels, she’s obsessing over her favorite K-pop group, SUPER. Each boy in the group has a different superpower, but Sungwook stands out from the crowd with his super-speed and super-strength, not to mention his super-hotness.

The day that SUPER’s latest music video drops, Anna’s mom does the worst thing imaginable and cuts the wi-fi to make her clean house instead. All because some old family friends are visiting them from Korea. Not only are the almost-strangers cutting her time short with her favorite K-pop group, but she knows she’s going to be thrown together with a boy she only remembers as a bully.

Caleb might be her age, but the last time she saw him ten years ago he stole her precious Disney princess necklace. What’s worse is Anna’s mom has threatened to clear her bookshelves if she doesn’t greet the old friends at the door with a fragile vase as a gift.

Anna complies, planning on getting back to her books as soon as she can, but when her parents open the door, it’s not Caleb standing on the other side, but Sungwook from SUPER. Judging by the way he caught the vase she dropped with lighting speed, his super-powers might not be fiction.