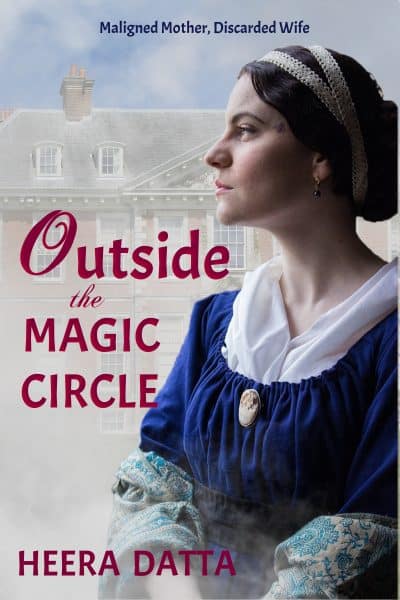 Catherine Dickens: Outside the Magic Circle

“Give these letters to the British Museum so that the world may know he loved me once.” Poignant words, spoken from a deathbed. After 21 years of married life and 10 children, Charles Dickens forced a separation on his blameless wife. Why didn’t Catherine fight back?

“Give these letters to the British Museum so that the world may know he loved me once.”

Poignant words, more so when spoken from the deathbed.

Catherine was Charles Dickens’ wife and mother of his ten children. Yet, after twenty-one years of marriage, her illustrious husband plucked her out of his life and home, and labeled her an unfit mother and wife. In truth, he was enamored of an eighteen-year-old actress.

Why didn’t Catherine fight? Why couldn’t she fight?

Outside the Magic Circle is as much Catherine’s story as of most women of those times.

“I found it a fascinating tale, although I may never be able to watch ‘A Christmas Carol’ again with quite the same affection.”

“I genuinely didn’t understand why Catherine would have remained so quiet about the downfall of her marriage while she was alive. Her character development in this tale was so thorough, though, that her refusal to defend herself soon made sense to me. What I appreciated the most about it was how intricately Ms. Datta wove these revelations into the plot.”

“This is an excellent book, both in choice of subject matter and the fictional portrayal of it.”

“A searing look at one of Britain’s most beloved writers, who proved himself, in the end, to be nothing more than a man, and not a very good one at that. It is Catherine who shines in this novel, for her strength and her love for her children.”