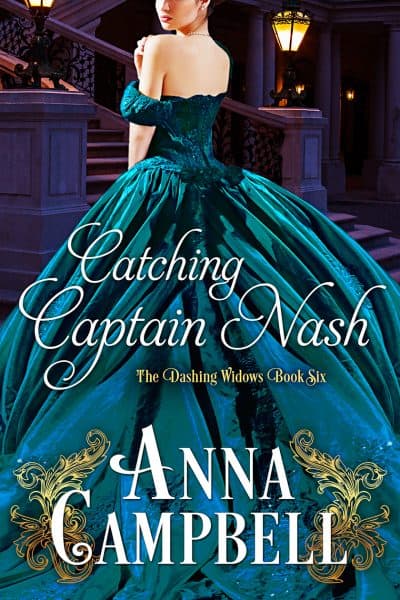 Five years after he’s lost at sea, Captain Robert Nash escapes captivity, and returns to London and the bride he barely knows. Stumbling back into the family home, he’s appalled to find himself gate-crashing the party celebrating his wife’s engagement to another man.

Five years after he’s lost off the coast of South America, presumed dead, Captain Robert Nash escapes cruel captivity, and returns to London and the bride he loves, but barely knows. When he stumbles back into the family home, he’s appalled to find himself gate-crashing the party celebrating his wife’s engagement to another man.

No red-blooded naval officer takes a challenge like this lying down; but five years is a long time, and beautiful, passionate Morwenna has clearly found a life without him. Can he win back the wife who gave him a reason to survive his ordeal? Or will the woman who haunts his every thought remain eternally out of reach?

Since hearing of her beloved husband’s death, Morwenna Nash has been mired in grief. After five bleak years without him, she must summon every ounce of courage and determination to become a Dashing Widow and rejoin the social whirl. She owes it to her young daughter to break free of old sorrow and find a new purpose in life, even if that means accepting a loveless marriage.

It’s a miracle when Robert returns from the grave, and despite the awkward circumstances of his arrival, she’s overjoyed that her husband has come back to her at last. But after years of suffering, he’s not the handsome, laughing charmer she remembers. Instead he’s a grim shadow of his former dashing self. He can’t hide how much he still wants her—but does passion equal love?

Can Morwenna and Robert bridge the chasm of absence, suffering and mistrust, and find the way back to each other?