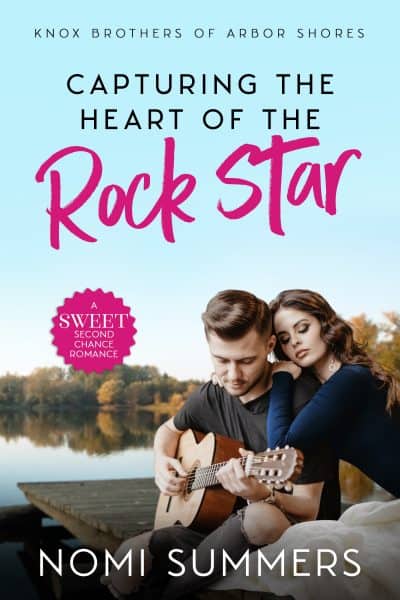 Even rock stars are haunted by the one that got away . . .

Chasing music and freedom, Shane Knox left Arbor Shores nine years ago and never looked back . . . until now. With his best friend, Dax, getting married, Shane is coming home to face his past as well as Avery, the girl he left behind.

The second he lays eyes on her, all of his long suppressed feelings come rushing back in a tidal wave of regret. For him, it was never truly over. But is it too late for a second chance?

Despite being bitter over Shane’s abrupt exit, Avery has bigger problems on her hands than drama with her ex. Her family’s hotel, Arbor Shores Resort, is struggling. Financial difficulties have landed the business in prime position for a real estate buyout, which would destroy all Avery and her family have built.

Putting his career on the line, Shane comes up with a plan that could save the resort. But will it be enough to redeem himself with Avery?

Or is it time for him to leave Arbor Shores once and for all?