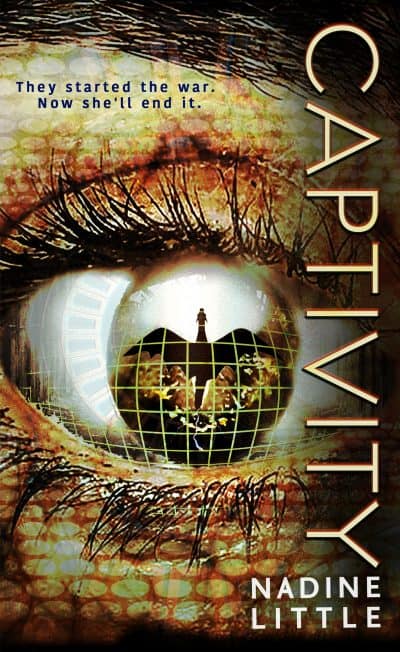 Anita Carmichael has spent the last ten years searching for the faction that murdered her sister and started a war. But what if the truth destroys everything she’s fought for?

Ten years is a long time to wait for revenge.

Anita Carmichael has sacrificed the last decade fighting to find the people who murdered her sister and started a war. Her faction is the only one without blood on its hands. That is until her closest friends trade her to an enemy soldier.

Reeling from the betrayal, Anita is captured trying to escape and tortured to breaking point. Returning home on the wings of an unstoppable machine known as “the dragon,” she is cast out and forced to side with Soldiers of the Lost, the most radical faction. They claim to know who killed her sister. But they want her to steal the victory weapon from her own faction.

Will the truth make Anita’s sacrifice bearable? Or will it destroy everything she’s fought for?

Captivity is one woman’s quest for vengeance in an alternate version of Scotland. If you like brilliantly brutal dystopia, fast-paced action and a strong female protagonist, you’ll love Nadine Little’s debut and the first book in her Faction War Chronicles.

Content warning: this book is written in British English and contains swearing, sex, and violence (including torture, attempted rape, and sexual harassment). Some scenes also include PTSD flashbacks.