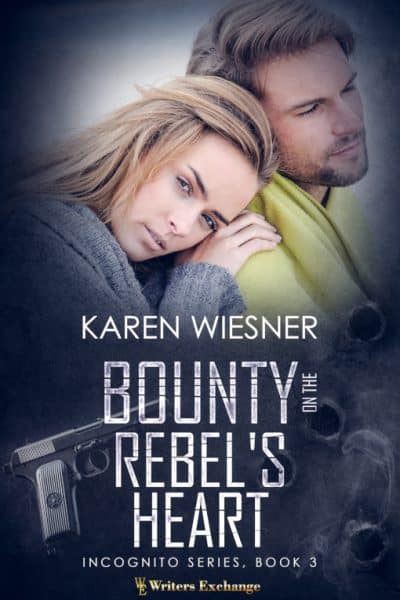 As a boy, Giles Jameson had been given a choice: join the Network or die. Giles joined, vowing secretly to bring down the Network. Now 16 years later, Giles has begun his life-long mission to destroy the Network for good.

Men and women who have sacrificed their personal identities to live in the shadows and uphold justice for all—no matter the cost.

Rebel Porter is a man on the edge. His wife was killed to silence evidence he uncovered on a dangerously corrupt man of power. Now Reb is in hiding, and he’s as afraid to lose someone else to the bounty on his head as to lose his heart to another woman.

Corrupt head of Network operations, Giles Jameson has gone MIA. As a boy, he’d been brought in with the choice: join or die. Giles joined, vowing secretly to bring down the Network. Working with an organized crime ring, Giles had killed a senator. The son of that senator was Rebel Porter, who grew up to be an investigative reporter who spent his life searching for Giles and the covert organization he believed he headed. When Reb disclosed his findings on public radio, Giles covered up the breach and silenced Reb by arranging to have his wife killed. Now 16 years later, Giles has begun his life-long mission to destroy the Network for good.

Network operative Natalie Francis goes undercover, posing as Reb’s former lover—investigative journalist Adrienna Kelly—to find Reb and his evidence against Giles Jameson and the Network. Together they uncover a conspiracy that could upset the wrong people and silence both of them for good. And, when Natalie realizes she’s fallen for the man she’d been protecting, she considers the impossible—escaping the Network.