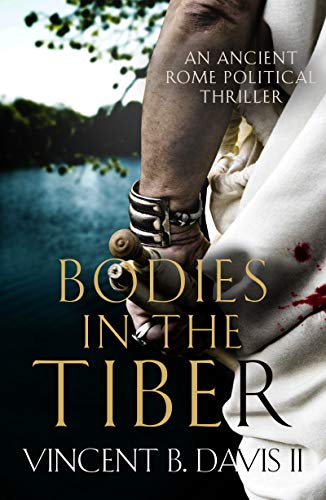 Bodies in the Tiber: An Ancient Rome Political Thriller (The Sertorius Scrolls Book 3)

by: Vincent B Davis II

Rome’s borders are safe, but ambitious politicians and their struggle for power threaten to destroy the Republic from within. Can Quintus save Rome from collapse? Or will blood be spilt in the Forum?

After years of fighting on the battlefield, Sertorius returns to the city and family he fought for, to find them far different than he remembered.

The northern menace has been annihilated. Rome has no more foes to conquer, her borders are secure. But the Republic has never been closer to collapsing.

Sertorius has returned to Rome after more than five years of fighting in the north, and Marius has plans for him. Marius has plans for all of Rome, actually. At the height of his power and with the love of the people, Marius is a few political connections away from ruling the Republic. Will the august body of the Senate be enough to stop him?

Corruption, betrayal, and violence spread throughout Rome like a fire in the Subura as Sertorius does everything in his power to maintain the peace within the Republic and within his home.

Bodies in the Tiber is the third book in the best-selling Sertorius Scrolls historical fiction series. If you like well-researched, historically accurate, page-turning books than you’ll love Vincent B. Davis II’s compelling saga.

Buy Bodies in the Tiber today to delve into the depths of the cutthroat Republic of Rome.