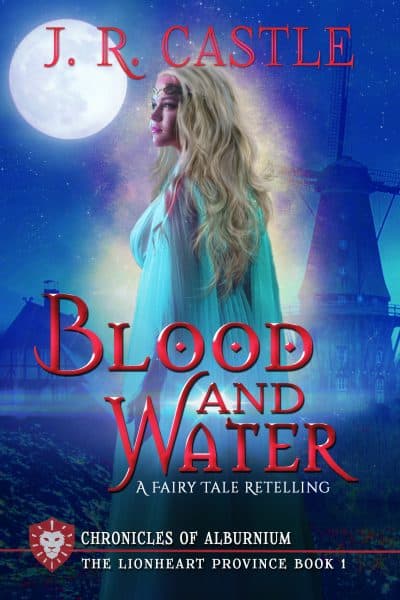 Blood and Water: The Lionheart Province (The Chronicles of Alburnium Book 1)

Kardia’s father taught her that with a little bit of hope, nothing was impossible.

Kardia’s father taught her that with a little bit of hope, nothing was impossible.

So, Kardia held onto the hope that someday her family would have full bellies again. She dared to hope that one day, her old friends would start being kind to one another. And more than anything, she hoped that eventually, her beloved town would find a way to revive itself before the new Regent of their Province came to visit.

Because as it was, her family had to forage for scraps to survive. Her friends treat each other as enemies. And if the Regent arrived to find Goia in its current state, he would end up casting everyone out of their homes and off his land.

Then it happened! Her hope was finally to be rewarded.

A visitor came to town with a strange request. Dadda traded a portion of his land to a man covered with tattoos in return for a vast amount of gold coins. With their new riches, her family had plenty to eat and a fine home to live in. And her beloved Goia began to thrive once again.

One problem. The contract stated that the sorcerer got everything that was on the traded parcel of land at the time of the transaction. Which included Kardia!

The crafty sorcerer was after Kardia and her Sano healing powers all along.

Kardia must find a way out of the contract before the allotted time is up, or their good fortunes and answered wishes will end up costing the townspeople of Goia their freedom and Kardia her life . . .

Enter a new realm of adventures with this new series based in the beloved land of Alburnium. The author who brought you The White Road Chronicles is back with a new, gripping series of loss, betrayal, and one girl’s desperate fight to not give up on the only thing she has . . . hope.

This story is for those who love allegorical, fairytale retellings set in a fantastical world.