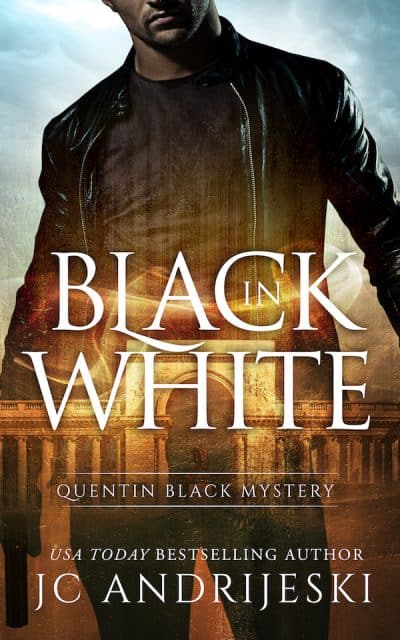 Like Sherlock Holmes? Meet the sexy psychic version, Quentin Black, and his partner in crime, psychologist Miri Fox. Picked up as a suspect in the Wedding Murders, Black faces off with profiler Miri, who works for the cops and finds herself strangely drawn to him.

Gifted with an uncanny sense about people, psychologist Miri Fox works as a profiler for the San Francisco police. When her best friend, homicide detective Nick Tanaka, thinks he’s finally nailed the serial murderer known as the “Wedding Killer,” she agrees to check him out, using her gift to discover the truth.

But the suspect, Quentin Black, isn’t anything like Miri expects.

He claims to be hunting the killer too, and the longer Miri talks to him, the more determined she becomes to uncover his secrets.

When he confronts her about the nature of her peculiar “insight,” Miri gets pulled into Black’s bizarre world, and embroiled in a game of cat and mouse with a deadly killer—who might just be Black himself.

Worse, she finds herself irresistibly drawn to Black, a complication she doesn’t need with a best friend who’s a homicide cop and a boyfriend in intelligence.

Can Miriam see a way out, or is her future covered in Black?