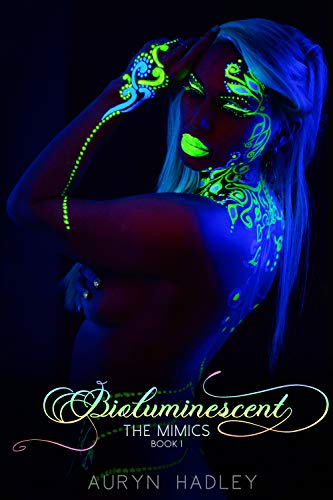 When an alien science vessel crashes into the shore of Haven, Hailey has a front-row seat. Little does she know that her normal life is about to be turned upside down by the man she bumps into on her way home. He looks completely human. He isn’t.

They look like us, know all about us, and can even blend in perfectly. That doesn’t make them human.

When an alien science vessel crashes into the shore of Haven, Hailey has a front row seat. Little does she know that her normal life is about to be turned upside down by the man she bumps into on her way home. He looks completely human.

He also can’t stop thinking about her. There’s something about this girl but he can’t quite figure out what it is. Humans are aggressive and primitive, but she’s nothing like that. He only knows because he can’t make himself stay away from her.

And she’s the only one not getting sick.

Because the crash brought more than just strange aliens to Earth. It also released bacteria that humans have never experienced. The clock is ticking and human medicine can’t even detect the pathogens spreading through the population. Humanity’s only hope for survival lies with one alien doctor—and he needs a miracle. Lucky for him, it comes in the form of the woman he can’t get enough of.

Helping him might kill her. Not helping definitely will. Introducing her to the rest of his people? Well, it might be the riskiest move yet—because he won’t be the only one unable to resist her allure. But if they want to get back to their homeworld, sacrifices will need to be made.

Her life.
His love.
Their people.
The entire world.
Something has to give. The only question is what.

Bioluminescent is a 140,000 word complete story that is the beginning to a new epic series by Auryn Hadley. This is a slow burn romance with multiple love interests so may not be suitable for all readers.