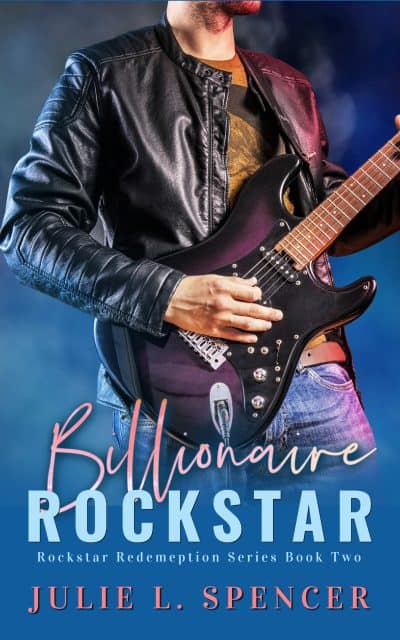 Billionaire rock star, Ian Taylor, controls everything in his life… except love. Can Megan see past Ian’s dishonesty and lifestyle? Or will their love song end before it’s begun?

Billionaire rock star, Ian Taylor, controls everything in his life . . . except love.

His girlfriend dumped him on New Year’s Eve, and everyone else gets close to him for his money and fame. His best chance at finding love is to meet a girl who has no idea he’s a rock star.

Quiet, unassuming Megan wants nothing to do with love. Her goal is to finish her last year of college, focused on her studies. Having a boyfriend can wait until after graduation.

When they meet in the most unlikely place for romance, Ian’s ready to win Megan’s hesitant heart, but not ready to reveal his superstar identity.

Once she learns the truth, Megan finds that she doesn’t fit into Ian’s world of private jets, backstage parties, and star-crazed girls throwing themselves at him.

Can Megan see past Ian’s dishonesty and lifestyle? Or will their love song end before it’s begun?

Note from Julie: Thank you for taking the time to get to know the rock stars from Buxton Peak. I hope you love them just as much as I do. Even the bad boys still have good hearts. They are raw, real, flawed, down to earth characters and, although the books are clean, they have been described as edgy. Multiple times. That’s why I included edgy in the title. I want you, the reader, to know what you’re getting. I mean, what could possibly go wrong when you throw together a youth pastor from an inner-city church, an atheist womanizer, a Christian boy who served as a missionary for two years, and two recovering addicts, one of whom experiences a heartbreaking overdose. Cry with them. Hate them. Forgive them. Walk beside them as they fall in love, and sometimes out of love. And let me know what you think. I love feedback from my readers, and I look forward to hearing from you. Sincerely, Julie L. Spencer

***Note*** This book was originally published under the title Billionaire Rock Star Romance: A Buxton Peak Clean Romance, and as Buxton Peak Book One: Who Is Ian Taylor? The author gave it a new title and cover to more accurately reflect the story.