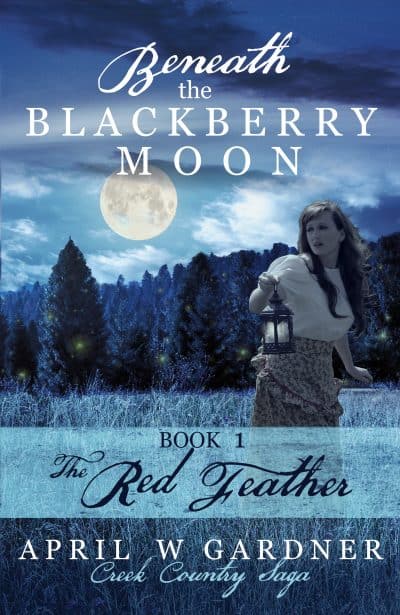 Adela has never feared the Creek Indians, but a suspicious encounter with a steely eyed warrior shakes her confidence. For Creek warrior, Totka Hadjo, the war was simpler before his enemy became a beautiful face with a gentle warrior’s spirit he cannot resist.

In this Christian fiction, you’ll experience a vivid Native American setting and a weighty romance that will render you breathless.

On a moonless night in 1813, Adela McGirth encounters a set of wolves and the steely eyed warrior who slays them, searing himself on her heart. When he returns, it’s with a brand of a different sort—the flaming arrow that destroys her life.

In the copper-haired captive, Totka Lawe finds the other half of his spirit. He vows he would die ten deaths to protect her, and he would kill any who tried to steal her away. With bluecoat soldiers pursuing him, a jealous cousin pursuing her, and the woman herself pursuing home, that vow stands a serious chance of being called into action.

In the first of this three-part, inspirational story, award-winning author April W Gardner brings to vibrant life an obscure event and the noble people who once dominated the Southeast but are now forgotten.

NOTE: Elements of this story continue into book 2.