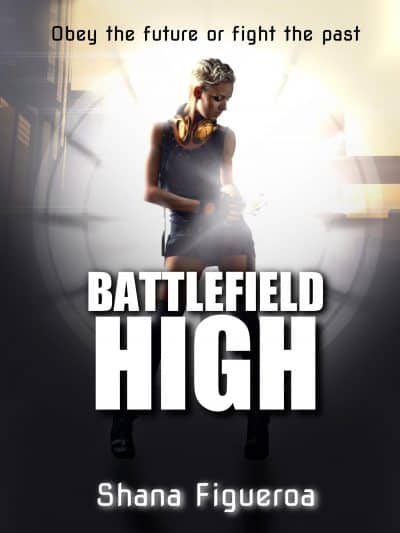 Major Cora Johnson must decide to either obey the future or fight the past when she’s thrown back through time into her teenage body, then given orders to kill. Should she obey like the good soldier she’s supposed to be, or resist and risk destroying the future?

From a cruel and desolate future, one tough-as-nails soldier is forced to relive her even crueler high school years, where the key to saving the world may not be learning to fight but learning to love . . .

In 2045, Major Cora Johnson is the middle-aged leader of an elite US Army squad in a dying world, where mysterious time-altering weapons have started a second civil war. A devastating plague has pushed humanity to the brink of extinction. The only thing keeping Cora going is the belief she must keep fighting to end the war and save the future.

When a bomb goes off during her squad’s attack on a temporal weapons facility, Cora dies . . . and then wakes up in her teenaged body in the past.

Her childhood memories have been wiped away, leaving her stumbling around the unfamiliar and cruel world of the modern teenage girl. She may have one ally, though—Quentin Rose, another traveler from the future trapped in his teenage body and fighting for survival in the take-no-prisoners war zone of high school. Unfortunately, she’s not sure if he’ll help her, kill her . . . or kiss her.

Things get even stranger when Cora receives mysterious orders to kill the school queen bee, Madison, whom she’s told will start the Second Civil War. But since being forced to relive the past and everything she sacrificed for the greater good, she’s beginning to question what she fought for to begin with—and if it’s worth doing again.

Should she obey like the good soldier she’s supposed to be, or resist and risk destroying the future?