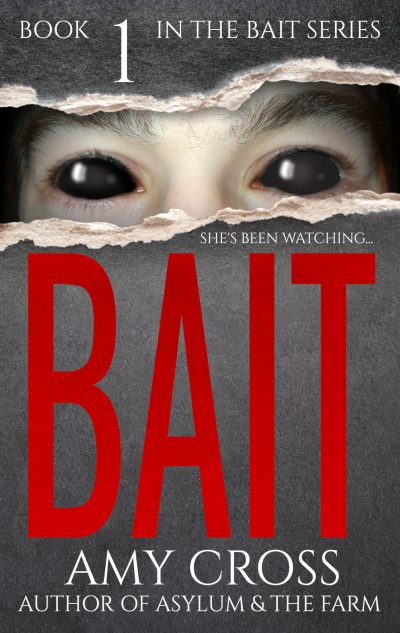 For many years, Doggett Farm has looked empty and abandoned from the outside. Everyone in the area knows, however, that one person still lives there . . .

Five years ago, Hannah Doggett’s father went on a rampage with a chainsaw. He killed Hannah’s mother and sister, and he would have killed Hannah too if she hadn’t managed to defend herself at the last moment. Now horribly scarred, Hannah Doggett is said to live a reclusive life on the farm, never venturing out and never meeting anyone.

Lured onto the property by a chance to steal some scrap metal, three local men are about to discover the horrific truth about the farm. Convinced that Hannah’s watching their every move, they nevertheless dare one another to go closer and closer to the farmhouse itself, until a fateful accident leaves them trapped inside. That’s when they start hearing strange noises, and they soon discover that Hannah has kept a few reminders of her ordeal. But that’s not all, because Hannah—and Doggett Farm—would seem to be hiding an even more horrifying secret.

Bait is the first in a series of books about the terrible forces that lurk on a remote English farm. Hannah Doggett isn’t the first person whose family died in the farmhouse, but is more blood about to spill?