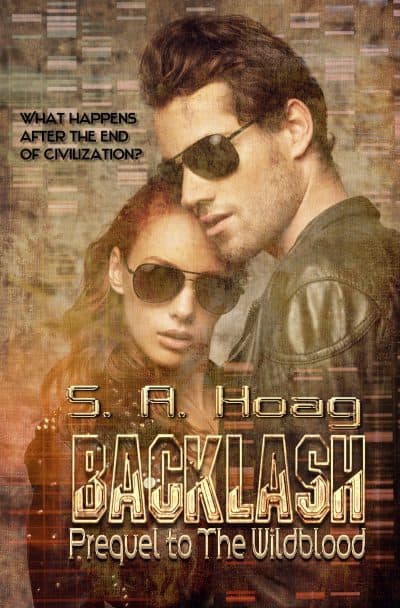 Backlash, prequel to The Wildblood series. Before Team Three, there was the Blackout. Set on a near-future Earth mostly devoid of humans, this reveals some of the harsh realities facing people of The Vista, and how Team Three began.

When Vista Security faces an unknown adversary that threatens to wreak havoc across what little civilization there is left, they must rely on the unusual abilities of a new team, and hope it's enough to stop the chaos.

No one remembers what started the war, the big one. It happened too fast, and there were too many lies, for the truth to be known. Civilization stopped, and what came next was fueled by rage and fear.

Twenty years on, a tiny refuge, a place called The Vista, may be one of the last vestiges of humanity. Isolated, guarded, and hiding a dark secret, the people have survived World War Last, and they are content with that. Their children, however, are not. The search for others will send them out into a world they know nothing about, where the line between enemy and ally is blurred.