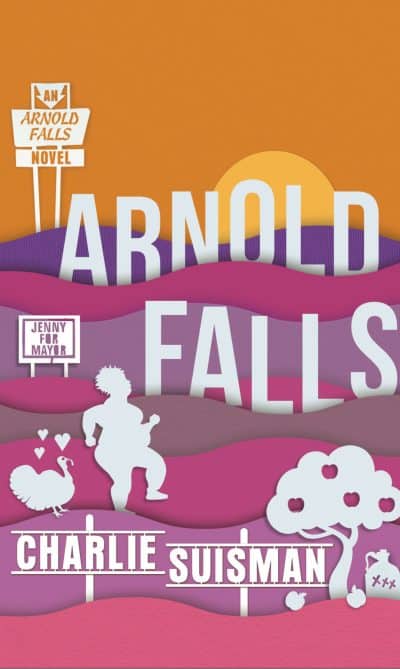 Jeebie Walker moved north out of the city hoping to find a house with his then-boyfriend and a quieter life. He found the house but lost the boyfriend. What he’s not doing, in no uncertain terms, is looking for love. Discover this “incredibly funny” (Kirkus) novel.

Given the choice of go big or go home, nine times out of ten, the townspeople of Arnold Falls will go home, get back into their house slippers, and forget about the whole thing, whatever the whole thing was this time. Tempests great and small (mostly small) are always brewing in this tiny, upstate hamlet where half of the residents are fighting to preserve Arnold Falls as it was in its red-light-district heyday, half are up to no good, and another half are sleeping it off. And that math is correct.

Jeebie Walker moved north out of the city hoping to find a house with his then-boyfriend and a quieter life. He found the house but lost the boyfriend and is still searching for the elusive tranquility. Just now, he’s helping a pal become the first female mayor of Arnold Falls; he’s fighting against a plan to build a noxious tire factory by the river; and he’s working to save Chaplin, a beloved turkey, from Thanksgiving.

What he’s not doing, in no uncertain terms, is looking for love. Not even with the handsome orchard worker-slash-volunteer fireman-slash-cartoon artist who has an eye for him. And yet, hapless though it may be, Arnold Falls will have its way when it comes to love. First, Jeebie and the town’s unruly cast of characters will have to wage epically tiny battles to restore the disorder that makes perfect sense in Arnold Falls.

Arnold Falls is a novel that tips its hat to Armistead Maupin and P. G. Wodehouse, creating a world in which food, music, friendship, love, and tending your own garden are connected in surprising ways.