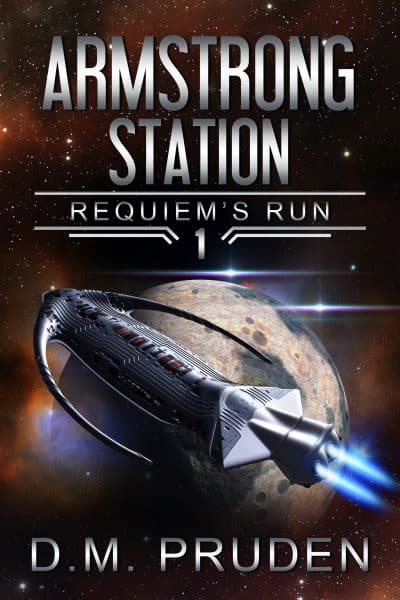 Melanie Destin and the crew of the space freighter Requiem discover a stowaway aboard the ship who is more than she appears. Someone wants her dead, and Mel risks her life to make sure that doesn’t happen. If you liked Firefly, you will love this series.

In space, helping a stranger can get you killed, or worse . . .

Armstrong Station is the busiest spaceport in the system where you can buy almost anything. Even a runaway slave.

Something unexpected happens on a routine stop at Luna’s Armstrong Station which threatens to upend Melanie Destin’s life and put her and the crew of the Requiem in mortal peril.

When she chooses to help a stowaway, Mel discovers that the young woman has a secret; one that will endanger anyone who encounters her.

On the run from a corrupt police inspector, and unable to trust any of her underworld contacts, Mel must navigate the dangerous criminal underbelly of Lunar society in search of a way to get them both safely off world.

Roaming across the Solar System, a reluctant and unlikely heroine sets herself against overwhelming odds, and she’s not going to take crap from anyone who stands in her way.

Can Mel get herself out of this mess without someone dying?