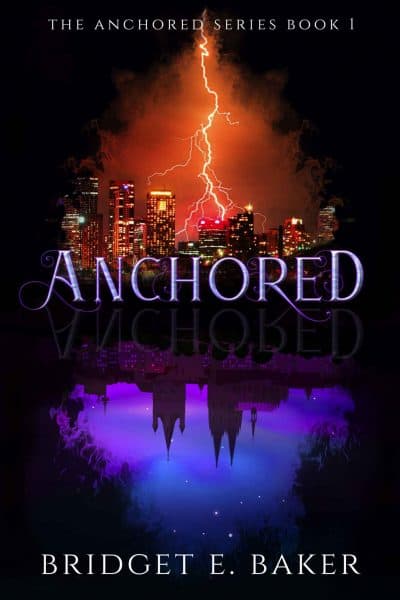 Every night, Alora dreams of a world called Terra, where she holds rare telekinetic powers. But when the events that happen in Terra begin seeping into her waking life, she realizes her loved ones and her future are in danger.

“The premise [of Anchored] is not only the right blend of imagination, mystery, and hold-your-breath action, but is entirely unique and leaves the reader wanting more. This is a 10 out of 10.” —Publisher’s Weekly

Alora’s life has been anything but magical. Since her parents died, she and her brother have been on the run from a creepy, doggedly determined social worker. In a few more months she turns eighteen, but until then, they’re stuck hiding. It’s hardly surprising that she dreams every single night of another world, Terra, where she possesses telekinetic powers.

What Alora can’t explain is how, when she breaks her arm in her dreams, she wakes up with the same (very real) injury on Earth. And if her dreams are fueled by wishful thinking, why isn’t being magical more fun? Since only men on Terra are supposed to be able to move things with their minds, Alora is forced to hide what she can do.

But when her best friend on Terra is threatened, Alora uses her powers to save him. She inadvertently kills the attacker and reveals her hidden talents. The next day on Earth, the exact same man she killed on Terra walks into her workplace . . . and drops dead. As the two worlds collide, Alora must discover how they’re connected and how far she’ll go to save a world that may not deserve to be saved.