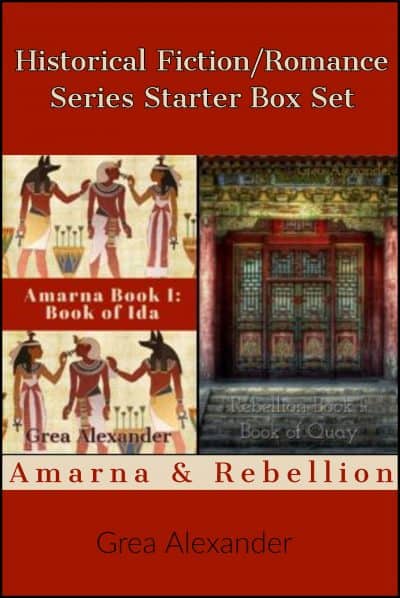 This collection features the first books of the following historical fiction/romance series by Grea Alexander: Amara Book I: Book of Ida and Rebellion Book I: Book of Quay.

This collection features the first books of the following historical fiction/romance series by Grea Alexander:

Amarna Book I: Book of Ida
Did the Amarna line really end with King Tut’s Death?

After King Tutankhamen’s death, his queen has but one hope to maintain her hold on the throne—an alliance with the Hittites. With Ay and Horemheb watching her every move, there is only one person she can trust to save her and her line: a girl, a slave—Ida.

Rebellion Book I: Book of Quay