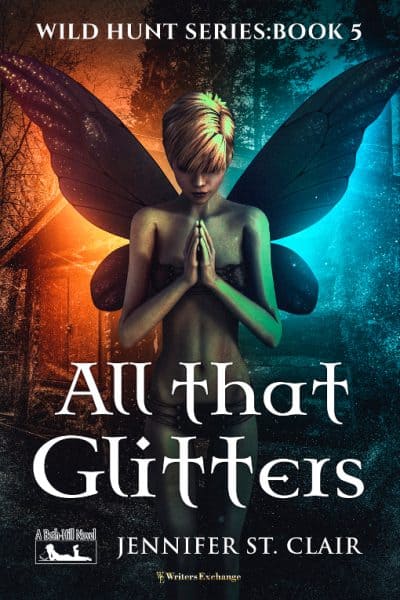 All that Glitters (A Beth-Hill Novel: Wild Hunt Book 5)

The Wild Hunt roamed the forest outside of Beth-Hill until the Council bound them for a hundred years. Nevertheless, a century of existence has made an indelible mark not easily forgotten for these ghostly myths that are no longer so ghostly or myth-like . . .

Twelve-year-old Arthur Morgan is small and slight, forced into a life of fairy taxidermy by his father. As a member of the cruel Morgan Household of vampires, Arthur has spent a lifetime being abused by his father and grandmother. In this family, all kowtow to the monstrous duo’s iron will in sheer terror of what will be done to them if they disobey. When Arthur meets Iris, a cousin not highly-placed in the Morgan hierarchy, he sees himself in a light he’s never wanted to before. He’s becoming as cruel as his father, having trapped and killed fairies out in the forest for years.

With Iris’s influence, Arthur decides to free one of them and, in doing so, meets Maya, a water fairy, who shows him just how horrible and twisted the household he’s grown up is—for both the innocent, defenseless fairies and family members that have been unjustly imprisoned by his father and grandmother. Deciding to smuggle those caged out of the household and to safety gives Arthur a sense of power he’s never had before.

But his secret can’t be hidden long. With the help of water fairy and an adult vampire, Arthur and Iris attempt to escape. Even though Arthur is determined not to let his father win this time, he wonders if it’s possible to become something other than what his family has decreed he must be to serve them.