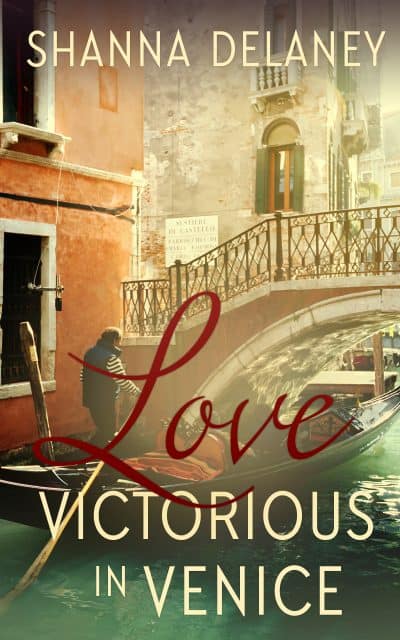 First impressions might not be the only thing in their way . . . He hates that she doesn’t take her music seriously. She swore she’d never date a musician.

Megan knows better than to make decisions based on passion; still, a summer internship with a chamber orchestra in Venice is too good to pass up, even if it is part of a new reality TV show.

Lorenzo will chase his dream of being an opera singer no matter what—as long as he doesn’t have to leave Venice. He’ll even help with a reality show that goes against everything he believes classical music should be.

When Lorenzo gets assigned as Megan’s cameraman, they both know it’s trouble.

He hates that she doesn’t take her music seriously.

But though their verbal clashes are causing sparks, so is their attraction. Can Megan trust a decision influenced by her heart? Or will she stick to her plan and let an ocean come between her and her stubborn Italian tenor?

This is a sweet romance originally titled Love Victorious in Venice. The books in this series stand alone and can be enjoyed in any order.