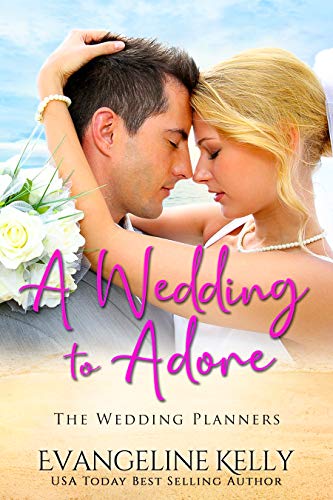 A Wedding to Adore (The Wedding Planners)

Can a wedding planner convince a man afraid of commitment that love is worth fighting for?

Brooklyn Melbourne knew since she was a little girl that wedding planning was her passion. After starting a new business with her two friends, she is determined to make it a success.

That is until . . . she gets a client with parents who threaten to ruin everything with their constant bickering. And then there is the brother of the bride. He’s tall, dark, and handsome, and completely smitten with Brooklyn. Except, he’s determined not to marry. Ever.

Jarrett Jeffries is a multi-million-dollar software developer who will do anything for his baby sister, including paying for her wedding. When he meets her wedding planner, he knows he has to keep her at arm’s distance, but that seems almost impossible when sparks fly and he can’t get her off his mind.

After a lifetime of dealing with contentious parents, Jarrett believes it’s better to play it safe and stay away from the institution of marriage.

But sometimes, life throws a curveball and one has to reevaluate everything they ever believed about love.