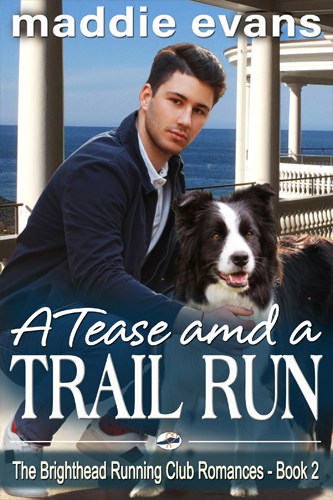 When Charlotte flees a broken engagement by dog-sitting for her aunt, she reconnects with Brandon, a childhood friend mourning the loss of his first love. Their shared grief brings them closer, but after Charlotte’s ex tracks her to Maine, can their new romance survive?

Fleeing a broken engagement, Charlotte crash-lands in Brighthead with the excuse that she’s house-sitting for her aunt. Alone in a coastal mansion with a border collie who’s equal parts energy and mischief, Charlotte reaches out to her only friend from her childhood summers: Brandon, the gardener’s son. He’ll run with the dog. He’ll also run with her, and now she remembers how strong he was. How dependable.

Brandon’s boss is taking advantage of him, and for the first time he’s fighting back. His freelance designs alone aren’t going to pay the bills, though—and suddenly he’s falling for the rich gal from Philadelphia. Other than the money, they have so much in common: their art, their goals, their loyalty. Soon they’re even training for a trail run, but while she’s getting stronger every day, they both know she can’t stay in Brighthead. Her future lies in a city full of museums, and his is on the coast.

When Charlotte’s ex tracks her to Brighthead, her past collides with her dreams. They’ve been friends for so long, but as their different worlds entangle, it’s getting harder to run those hills.