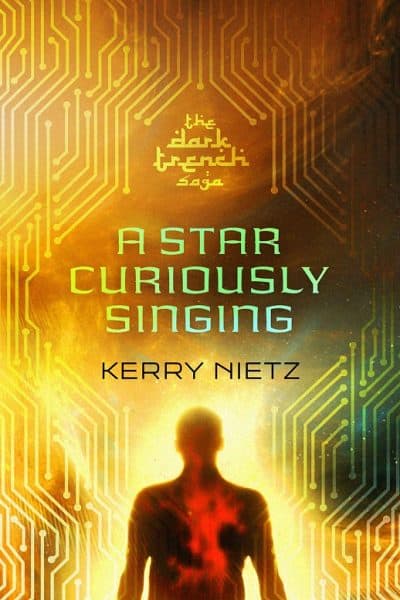 Sandfly is a debugger. He is property, bought and paid for. When he’s told to investigate why a robot went mad and tore itself apart, he find something unexpected. If Sandfly solves the mystery, he may doom himself. And if he fixes the robot, he may shatter his world.

Sandfly is a debugger. He is property, bought and paid for in an Earth under sharia law. All faiths but one have been banned. And the rule of the great Imam is supreme.

As a debugger, Sandfly has an implant in his head that connects him to the world’s technology—and doles out mental shocks to keep him obedient. All he wants is to fix bots and avoid shocks.

Now he’s been called into Earth orbit. The masters have a new spacecraft—one capable of interstellar flight. On its maiden voyage, the only robot on board went mad and tore itself apart.

Why? Better question: does it pose any risk to humans?

When Sandfly reviews the bot’s final moments, he perceives something unexpected. Something impossible.

As Sandfly pieces together the clues, a trap spreads beneath his feet. If he solves the mystery, he may doom himself. And if he fixes the robot, he may shatter his world.

Suspenseful, unique, and awash in cyberpunk jive, A Star Curiously Singing presents a bleak future that might be closer than we think.