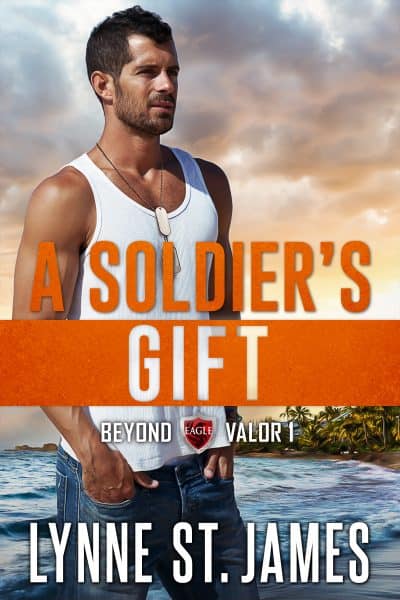 A Soldier’s Gift (Beyond Valor Book 1)

Lieutenant Thomas “Mac” MacDonald pulls three of his unit’s soldiers from their burning Humvee when a roadside bomb explodes in Afghanistan. During the rescue he sustains a severe head injury that leaves him believing he’s dying—until he wakes up stateside alive but blind.

Beth’s life changed forever with one phone call. An accident leaves her ex-husband and daughter fighting for their lives. Putting her life on hold, she spends most of her time in the hospital with her daughter, praying she’ll pull through while her ex’s condition goes downhill, forcing her to make one of the hardest decisions of her life.

Meeting Beth while volunteering at the hospital after his discharge, Mac is instantly attracted to her. As he struggles to come to grips with what life has dealt him, he finds his thoughts continuously turning to a woman he barely knows.

Despite all odds, these two wounded hearts begin to find a love they both need and deserve. But when Mac’s secret comes to light will Beth be blinded by the past or embrace her destiny in Mac’s arms?

“A Soldier’s Gift is the first book in Lynne St. James’s NEW Series, Beyond Valor. I don’t usually get into a lot of books featuring soldiers, but with Lynne St. James I knew I will get a good read. I didn’t expect however to get MORE though, yet I did with A Soldier’s Gift. This story was heartbreaking, sweet, and showed the kind of spirit soldiers have after getting injured. I found myself crying and cheering for Beth and Mac as well as for Beth’s daughter.” – Review by Marie’s Tempting Reads

“WOW!!! What a beginning!!! This story reaches the heart of what a true gift would be!!” – Review by Linda Estes