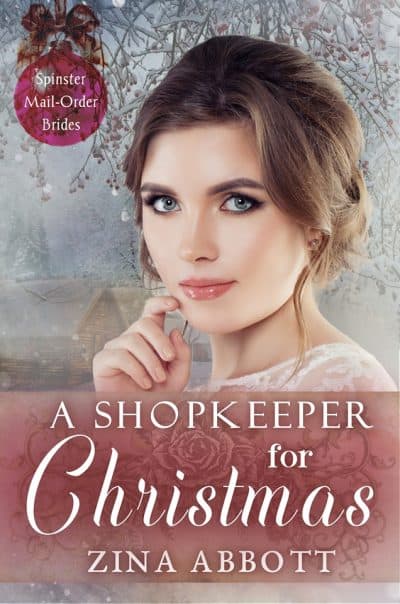 Will hearts soften and open up during this season of celebrating the birth of Christ?

Eva Barker cared for her father until his death. Now past the age most women marry, she does not know what to do with her life. Unhappy working for others at a wage that barely supports her, she allows her roommate to talk her into responding to an advertisement placed by a man looking for a wife. He has a young son who needs a mother’s care. At her age, she realizes the best she can hope for is a widower. All she can hope for is that the man’s heart be big enough to allow her in, too.

Owen Cardsdale is at his wit’s end. He has a mercantile to run and a motherless son, Willie, who, at age seven, needs more direction and attention than he has time for or the desire to give. His Aunt Aggie occasionally watches Willie in the hours after school, but she insists that what Owen needs is another wife to be a mother to his son. Owen acknowledges that, for Willie’s sake, he might consider a marriage of convenience, but takes no steps in that direction. Much to his dismay and befuddlement, he soon realizes he underestimated his aunt.

Eva arrives at her new home a few weeks before Christmas only to discover her new family does not consider her a gift. If it were not for the support of Aunt Aggie, she would pack up and return home. Will hearts soften and open up during this season of celebrating the birth of Christ?