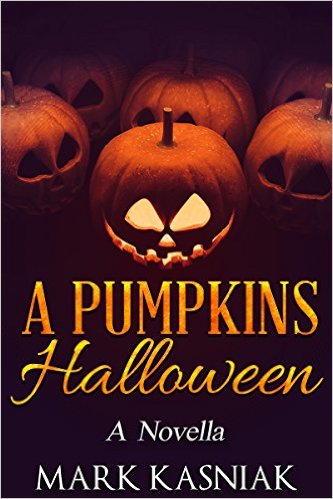 Ghosts, zombies, vampires, maniacs, witches, and talking jack-o-lanterns all take turns playing different roles in this multi-storied novella. A Pumpkin’s Halloween brings to you everything you remember that was fun about Halloween, along with a good dose of dark humor, while at the same time scaring and sickening you with its real-life tales of depravity.

A Pumpkins’ Halloween follows the story telling of five jack-o-lanterns as they come to life on Halloween evening. As the jack-o-lanterns banter back and forth while giving each other grief, they find themselves forced to look out on the street because, after all, they’re stationary; they’re pumpkins. As Halloween progresses, each jack-o-lantern takes turns telling a story in celebration of the holiday and one will ultimately be judged the winner at night’s end. However, there is a stipulation. Each story has to be about the trick-or-treaters that the jack-o-lanterns watch passing them by as they go about in search of candy. Also, each story gets to be picked by one of the other jack-o-lanterns for added difficulty.

The stories the jack-o-lanterns tell focus on such taboo subjects as a father who is not very good at being one, a little boy who likes to play with matches, a woman who doesn’t enjoy the company of children, not even her own, and a psycho killer who likes to target trick-or-treaters for his murderous games.