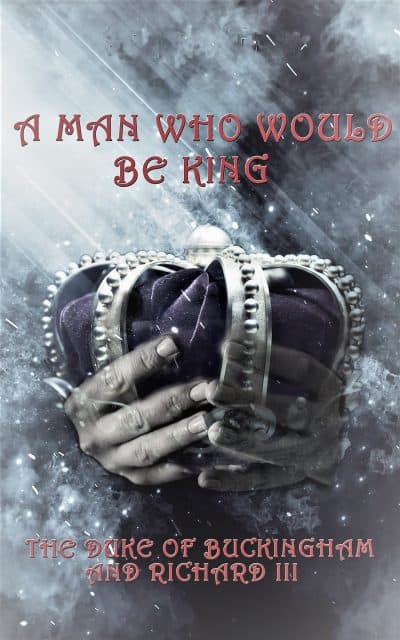 A Man Who Would Be King: The Duke of Buckingham and Richard III (I, Richard Plantagenet)

Friend, then enemy—why did Henry Stafford, Duke of Buckingham, turn on Richard III after helping him assume the crown? What did the Duke know about the Princes in the Tower?

November 2, 1483. As Henry Stafford, Duke of Buckingham, stands on the scaffold accused of high treason, he reflects on his life during the turbulent Wars of the Roses.

After the death of his grandfather, Henry (known as Harry) is sent to the court of the new king, Edward IV, and placed into the household of his queen, Elizabeth Woodville. Harry, coming from a rich and noble line, is considered a “prize catch” for the Woodvilles, and is forced, aged ten, to marry one of the many Woodville girls, causing burning lifelong resentment.

Throughout Harry’s youth at court, he sporadically meets the king’s younger brother, Richard of Gloucester. Upon Edward’s death, the dukes form an alliance, which sees them secure the young uncrowned Edward V, and thwart the Woodvilles, who wish to stop Richard becoming Lord Protector of England.

But when Bishop Stillington reveals a secret and Edward IV’s children are declared bastards, Harry has other ideas for himself and Richard. Henry Stafford takes upon himself the role of Kingmaker. Richard is crowned as King Richard III, but despite receiving wealth, lands, and offices, Harry is not content. The thought of a crown for himself begins to haunt his waking dreams.

How far will a man go to win a crown? Betrayal, rebellion . . . murder?