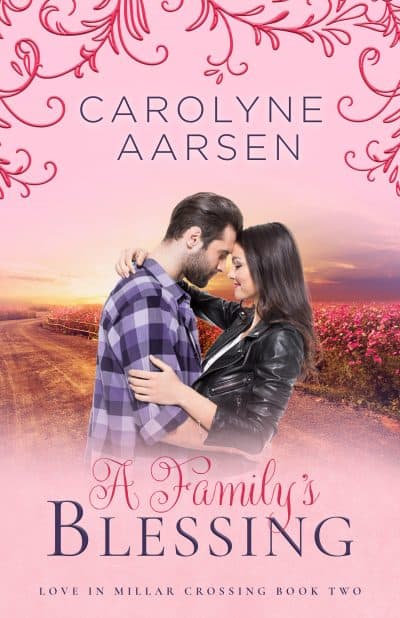 Ethan Westerveld isn’t about to give up half the farm to a complete stranger because of his uncle’s will, no matter how beautiful she is. But the ink is dry, the damage done, and nothing can change that Hannah Kristofferson is now fifty-percent owner in his family farm.

Ethan Westerveld wasn’t about to give up half the farm to a complete stranger because of his uncle’s will, no matter how beautiful she was. But the ink was dry, the damage done, and nothing could change that Hannah Kristofferson was now fifty-percent owner in his family farm.

Hannah learned early in her life, take care of yourself. No one else will. So when she finds out she was willed half of a farm from a man who she once saw as father, until he walked out in her mother, she had zero interest in claiming her share and spending six months out in the middle of nowhere.

Until she found a loophole— if she stayed the six months and gave Millars Crossing a chance, she could do whatever she wanted with her half. Including selling it, starting over and maybe settling down.

Ethan never expected to have feelings for the headstrong beauty with her heart set on leaving. And Hannah didn’t expect to fall in love with Millars Crossing. Or her charming and infuriatingly handsome co-owner.

Hannah is determined to stay the course, but will she lose more than she might gain if she walks away from Ethan and a life she never even dared to dream?