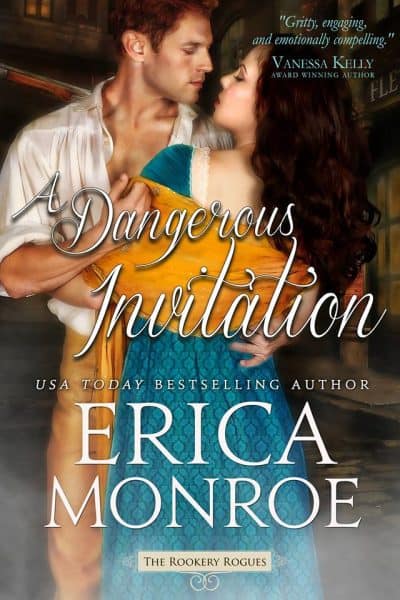 London, 1832 Kate Morgan’s neck prickled with awareness. Someone was following her. It was not an unusual occurrence. As a fence for stolen goods and living east of the City in tenement housing with more thieves than honest men, Kate had grown accustomed to being followed.

She’s given up on love and wants only independence.

Torn from her life of privilege by her father’s death, Kate Morgan survives in London’s dark and depraved rookeries as a fence for stolen goods. The last man she ever expects, or wants, to be reunited with is her first love, who promised to cherish, honor, and protect her, and instead fled amidst accusations of murder.

He’s the reformed rake determined to win her back.

One drunken night cost Daniel O’Reilly the woman he loved. If he ever wants to reclaim Kate—and his old life—he’ll not only have to prove he’s innocent of murder but have to convince the pistol-wielding hellion that he’s no longer the scoundrel he once was.

Together, they’ll have to face a killer. Time is running out . . .

Note: A Dangerous Invitation is a dark, gritty, and steamy (on page sex scenes) romantic suspense about the working class of pre-Victorian England, taking place in the London underworld. It is a full-length, standalone, historical romance, and is book one in the Rookery Rogues series.