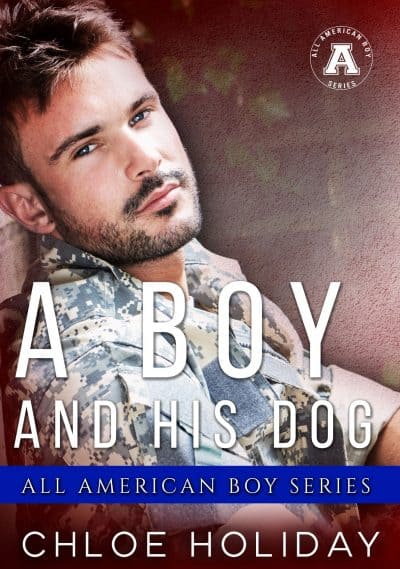 A Boy and His Dog

Medically separated from the Army, bomb tech Grant Calloway will stop at nothing to track down his former K9 partner. But the lady doctor who’s adopted Mojo doesn’t want to let him go. A steamy, stand-alone, enemies-to-lovers romance with suspense.

If Dr. Hope Hernandez were any more exhausted, she’d be the one on the gurney. Her drive for perfection leaves her scrambling to juggle an insane ER schedule, studying for boards, and her boyfriend—whoops! Ex-boyfriend.

Fine. One less thing demanding her attention. Hope buries her pain in work. The truth is she’d get more affection from a dog, with less risk to her heart. Safe and uncomplicated. The second she sees the forlorn, retired military K9, Hope falls hard: he’s sad and alone, just like her. They head to Colorado, aiming for a fresh start—if she can score the coveted ER job. Yet when a scorching hot veteran shows up to lay claim to her dog, he disrupts her careful plan. He’s anything but safe—he’s dynamite. And he’s oh, so wrong if he thinks he can charm Hope into giving up her loyal companion.

Bomb disposal technician Grant Calloway’s whole life blows up after an IED detonates at a Kosovo parade. He and his working dog, Mojo, save hundreds with their off-duty heroism, but reality bites hard: Mired in red tape, then bounced out of the Army for hearing loss, Grant’s blindsided when Mojo’s adopted out by a civilian who won’t understand the needs of a military-trained dog. Grant’s best friend deserves better. Grant turns his back on a lucrative job and instead hits the road for Colorado to track down his dog.

He thought finding Mojo would be the hardest part, but the woman who took him won’t listen to reason, and Grant’s charm has no effect. Refusing to be diverted by her big brown eyes and gorgeous smile, Grant lays siege to reacquire Mojo—by whatever means necessary.

A Boy and his Dog is a steamy, standalone, enemies-to-lovers, medical/military romance novella. It contains profanity and sex scenes.