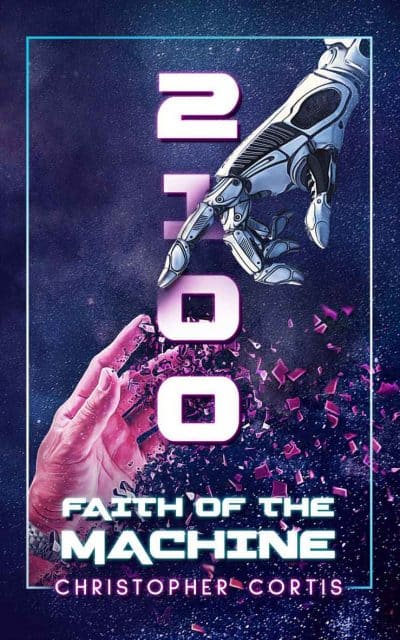 Jack virtually had it all. After years of augmented reality, Jack was also incredibly bored. A trip to a quaint mountain town turns dangerous. Someone is trying to kill him. Is it the local anti-tech faction, or AI herself?

Jack virtually had it all. A high-tech apartment that responded to his every whim, a prompter that helped him get laid, and a job he could do on autopilot. After years of enjoying augmented reality in AI’s great city, Jack was also incredibly bored.

Then a strange light inspired him to explore beyond the city borders, where autocars cannot go. Jack discovers the real world isn’t as simple as he remembered.

Now he’s stranded in a primitive village where people still use handheld phones. He must master tasks he hasn’t needed in years—like chewing and deciding who to trust. Because he is pretty sure someone is trying to kill him. Is it the local anti-tech faction, or AI herself?

When you can’t trust your own eyes, how do you figure out the truth?

If you enjoy speculative sci-fi dystopias as created by A.G. Riddle, William Gibson, Jack Hunt, and Michael Crichton, you will love this cyberpunk version of Brave New World.