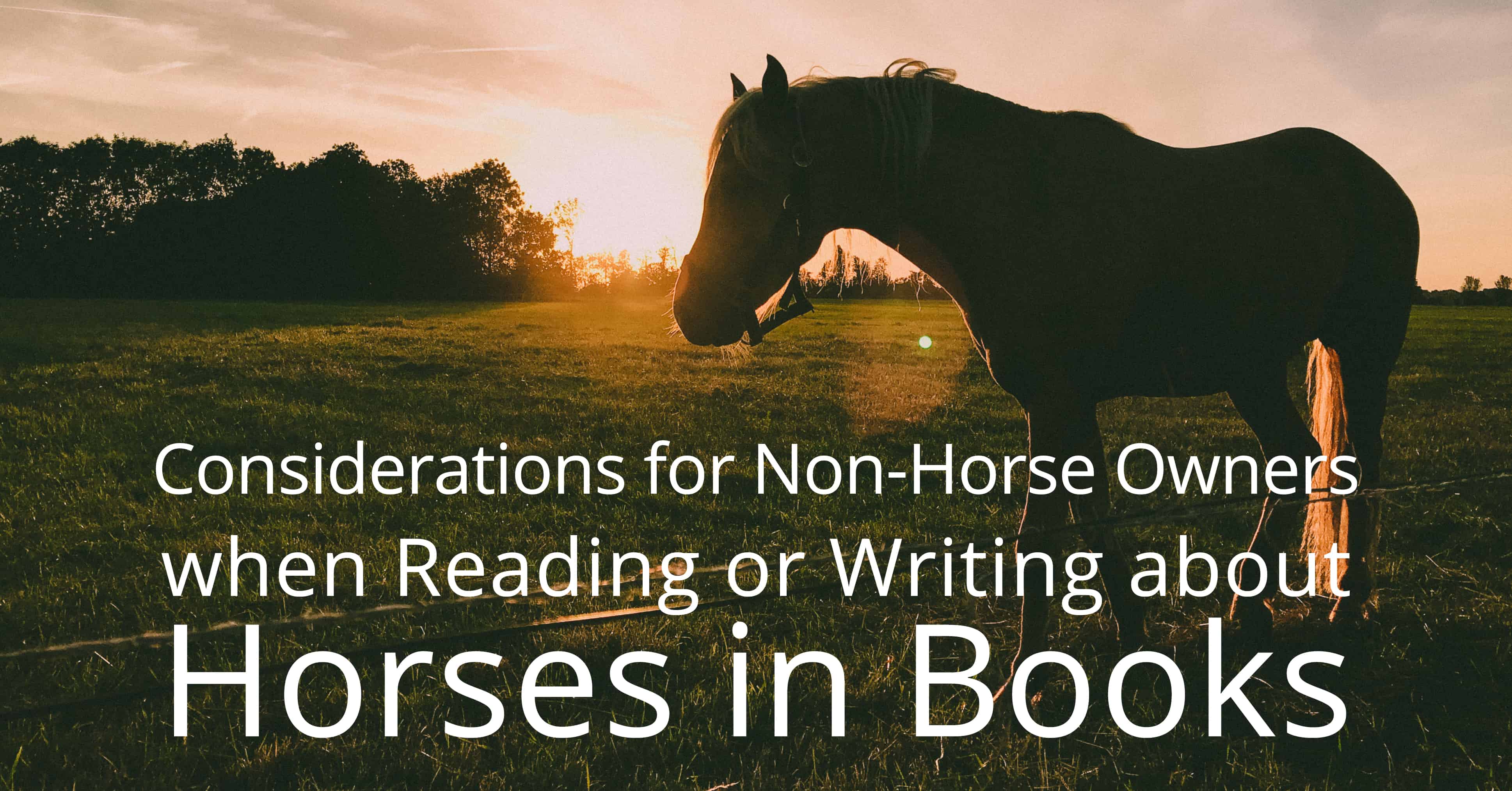 How I Became Horse Crazy

I was brought up in a small coastal town in northern California. One day, a travelling photographer turned up with a horse trailer and a small black and white pinto pony. Well, my parents couldn’t resist getting photos of us kids sitting proudly on that little pony, but they failed to predict that from that day on I would become horse mad!

At the age of sixteen, I got a job, saved my wages, and within six months I had saved enough to buy my first horse. And I have never looked back.

In the mid-1980s, I moved to Australia with work, leaving my beloved appaloosa behind with a friend, and although I was without a horse of my own for several years, I managed to ride at a variety of trail-riding establishments. Then, after several more years, when I was certain I was staying in Australia, I bought another horse.

I still have horses, three now, and they are mostly pets.

When I’m reading a book with horses in it, or watching a movie or tv show with horses, I am often torn between laughing and cringing at what they get up to. Like having horse “doubles” that don’t really look alike in various scenes on the screen, or referring to the horse as having a certain appearance in one chapter but then changing it later (I’ve seen them change from gelding to mare, from chestnut to bay, or other such editing errors) or they having them shod at the start of the film and then stuck in a stable and their feet never attended to, but when we finally see them come out of the stable later in the movie/book, their shoes still seem brand new. Then there are the scenes where they are galloping through treacherous terrain without any regard to the health and safety of either the horse or rider.

So, my suggestions for horses in your books?

Work out what they look like, and then stick to it. Just like you would with the hero or heroine, they have physical characteristics that don’t change, and readers notice when they do. (Okay, so your heroine might get cosmetic surgery, but trust me, this is not common with horses! 😊)

Work out their personality. Just like dogs and cats, horses have their own personalities. With my three horses, each has a unique way of interacting with humans and with each other. Know your horses. And readers, enjoy the horses’ personalities!

Know their flight instinct. Like deer, horses are food for large carnivores. And they know it. The flight instinct in horses is incredibly strong, and although there are horses (such as police horses, for example) that have been trained and desensitised, for the most part, they are naturally skittish and will run when frightened. They are very unlikely to be like Lassie, and run home for help. They’ll be looking out for their own backsides more often than not.

They aren’t machines. Authors, don’t have your horses run hours on end without rest, or across rough terrain or knee-deep snow, or across deep rivers where there could be hidden items that could end up getting both the horse and rider killed. (Unless, of course, that is your intention, to create a terrible accident and your hero ends up waking in the hospital, paralysed from the neck down.) Those snow scenes in movies really annoy me, as it looks like so much fun, but imagine the horse running full speed and hitting a deep hole, or a shopping cart, or some other sort of foreign object. I’ve seen horses break legs on the race track. Hard to un-see. And heartbreaking.

Don’t feed them incorrectly. Having seen what happens to a horse when it gets colic, this is something I’m very sensitive about. I once read a book where the hero throws a bale of Lucerne (alfalfa) hay into a paddock for two horses, and I cringed. Horses can be gluttons when it comes to food. And unlike dogs, who will overeat and then vomit all over the house or yard to let you know, horses can not vomit. What goes down, must keep going down. And if the amount or type of food is inappropriate, it can be deadly. Horses shouldn’t eat bread (although one slice is unlikely to cause problems, a full loaf could have dire consequences), nor should they be fed huge amounts of pellets or grains or anything, really. Even too much long grass can cause problems. If you don’t know about these things, just leave that part out of the book. Better to say nothing than to say it wrong. Both from the standpoint that readers who know better will be disappointed, and from the standpoint of setting an incorrect example.

Horses can be very accident prone. I’ve seen some really cute cartoons of horses with mattresses strapped all around their bodies, and travel boots on their legs, as their owners attempt to prevent accidents in the paddocks (or for Americans, the pastures). The cartoons are cute, but trust me, after having spent thousands of dollars on vet bills over the years, accidents are both frightening and costly. Again, if you aren’t sure how to talk about the place where the horse lives, just be vague. If the characters are wealthy, for instance, they might arrive at the stable to find the horse already groomed and saddled and ready to be taken on a lovely ride through the Scottish countryside. And when the ride is over the heroine can simply hand the reins to the stable hand and head inside for afternoon tea. Perfect. But if she lives on her own property and is the one in charge of fences, and water troughs, and feeding, and ensuring there are no dangerous obstacles in the paddock, then make sure you do it correctly.

When we bought our property, there was a large blackberry patch in the top of the larger paddock. On close inspection, the blackberries were covering up an old drain, left behind from the previous use of the property. There was a pit, with a concrete lid, and the lid had a broken corner. Had I simply put the horses in there, without doing a thorough walk around and investigation, one might have broken a leg! Instead, we had the lid removed, the pit filled with rock and concrete, and then soil over the top and sown with grass seed. I still had a small fence around that spot for almost twelve months, letting the earth settle and making sure it was safe from curious and adventurous horses!

Horses are a marvellous addition to a novel, and I certainly don’t want to discourage anyone from including them. I just think it is best to be aware of the facts, do research if required, and don’t include stuff that you don’t understand. Be vague, where necessary, rather than provide details that don’t ring true.

What books have you read where horses were portrayed well? Let me know in the comments below!

Reuse notice: Non-commercial users, feel free to print out “Considerations for Non-Horse Owners when Reading or Writing about Horses in Books” for personal use or give to friends, share online, or make a meme of, as long as you attribute and link back to this post. Commercial users, you may share a link to this post or quote a short excerpt from it with attribution and a link to this site, but you may not use this post in its entirety. Thank you for caring about copyright. 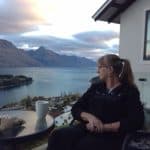 S M Spencer was born in California and started riding horses along the northern California beaches when she was sixteen. In the mid-1980s, she moved to Australia, where she still resides.

Always wanting to write, she ended up delaying that part of her dream life until she retired. Her initial venture into writing was a YA vampire and ghost trilogy, inspired by the location where she spent the final years of her career. Following that, she turned her attention to rural romance stories, based in Australia, and featuring relatable characters and, of course, lots of horses!

Now, the author of twelve full-length novels, she continues to write from the rural property she shares with her husband, horses, cats, and dogs, as well as the kangaroos and echidnas that often pass through.

She can be contacted via her own website. All her books are available on Amazon. 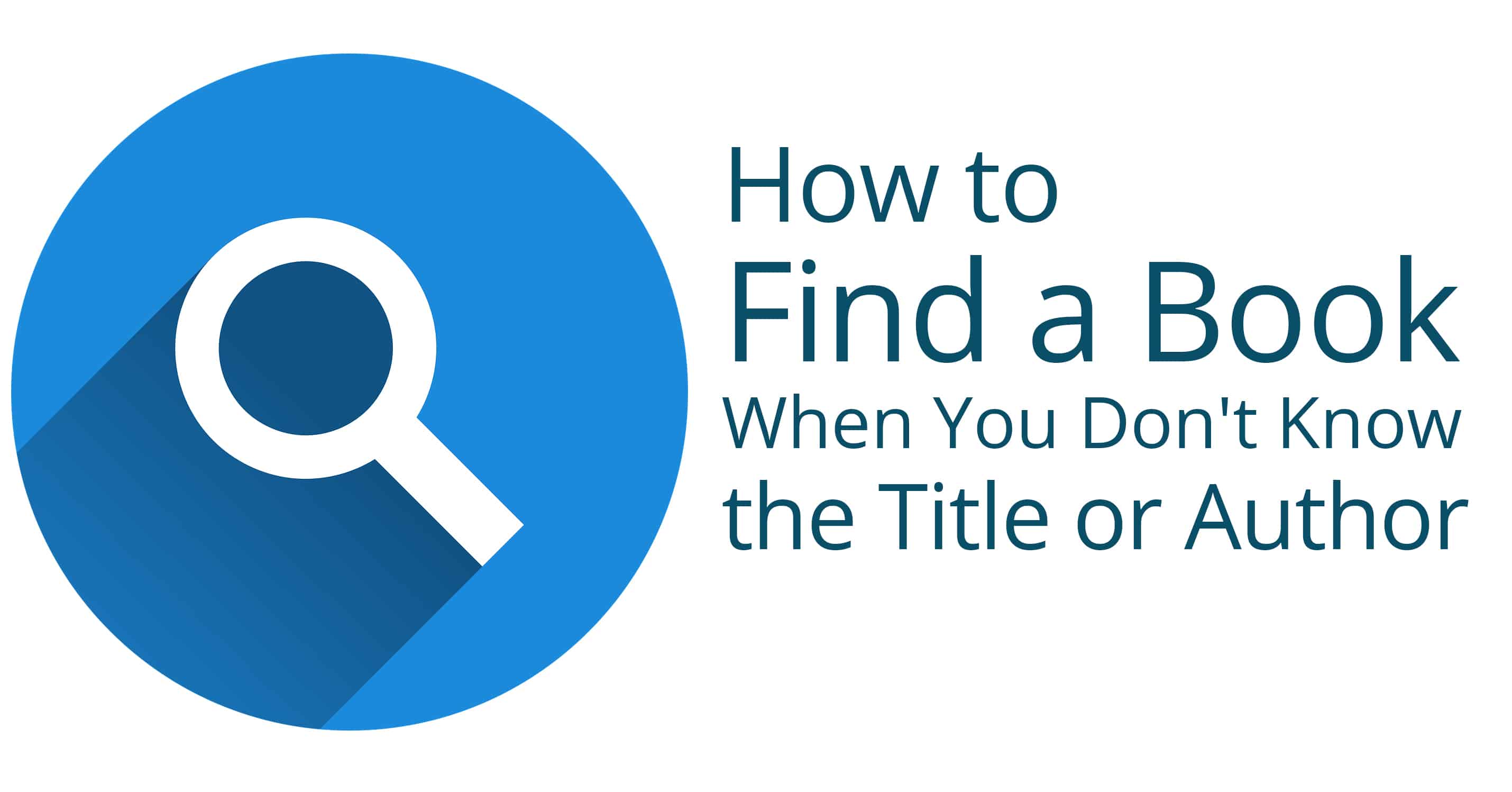 Have you ever lost track of a favorite book from your childhood because you can’t remember the title or author? Here are a few tips we’ve used when searching for a lost book we love. 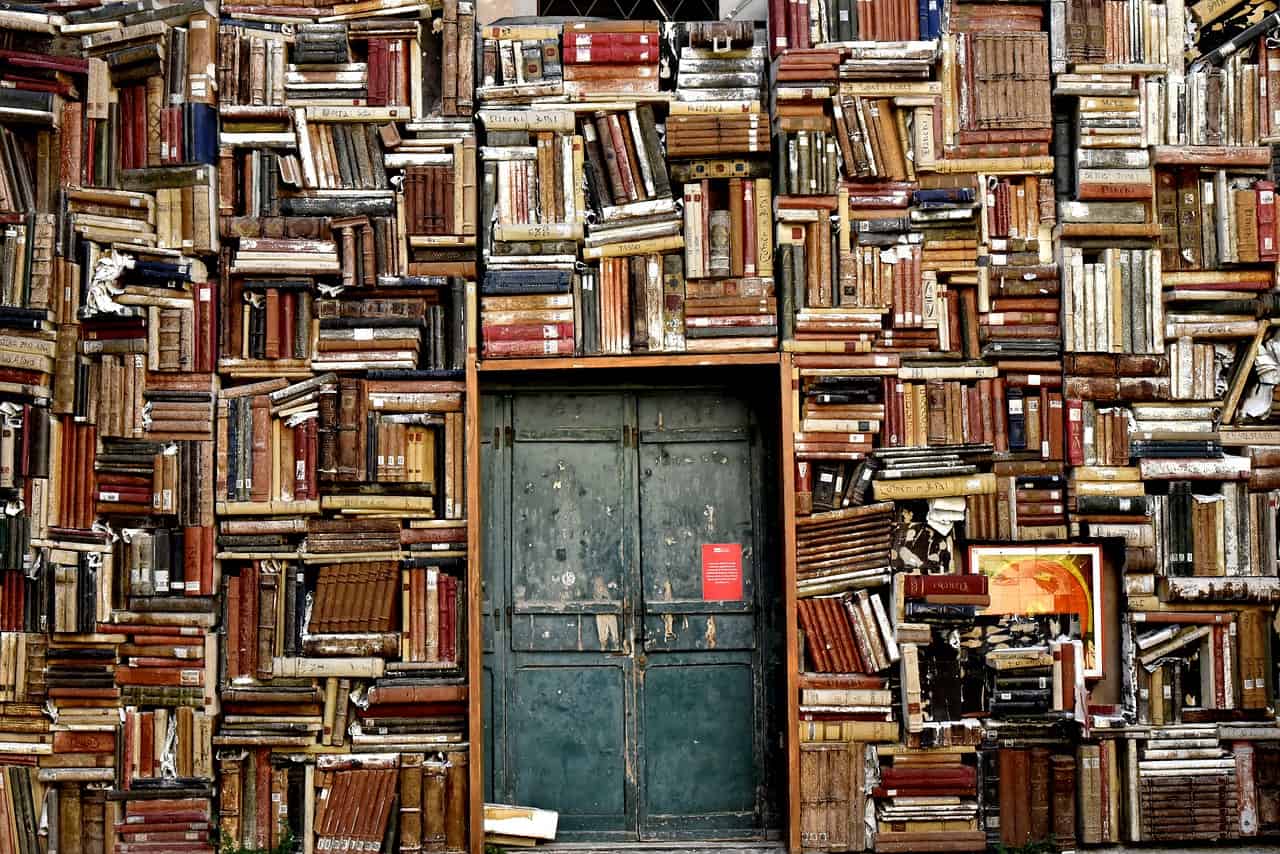 Jimmy Kimmel sends a team to the streets to see if individuals can name a book, any book. The results may shock and disappoint you. 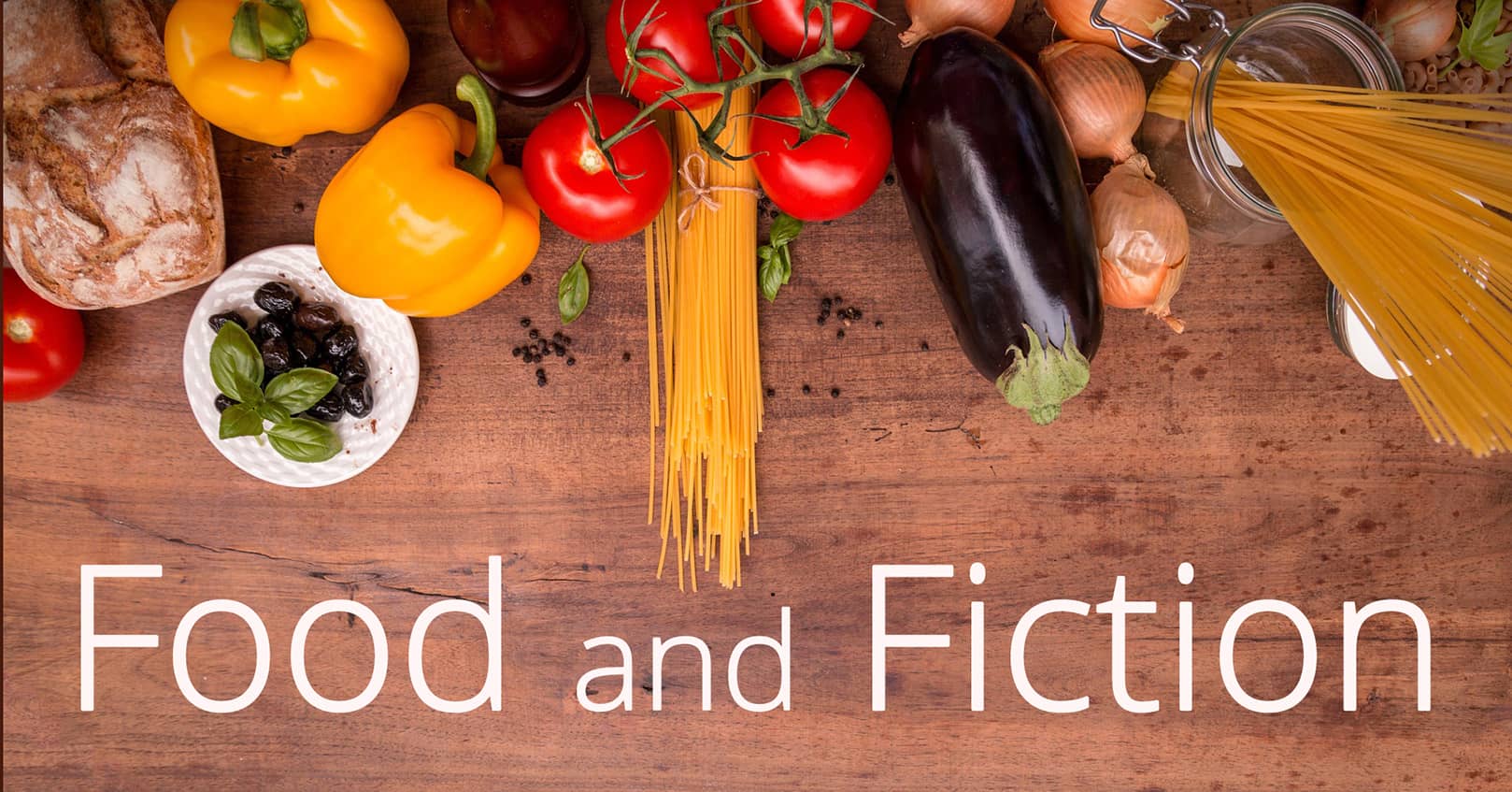 Is there anything better for the appetite of the voracious reader than to devour a good book? Well, there just might be if that book contains references to mouthwatering foods and the recipes to back them up.