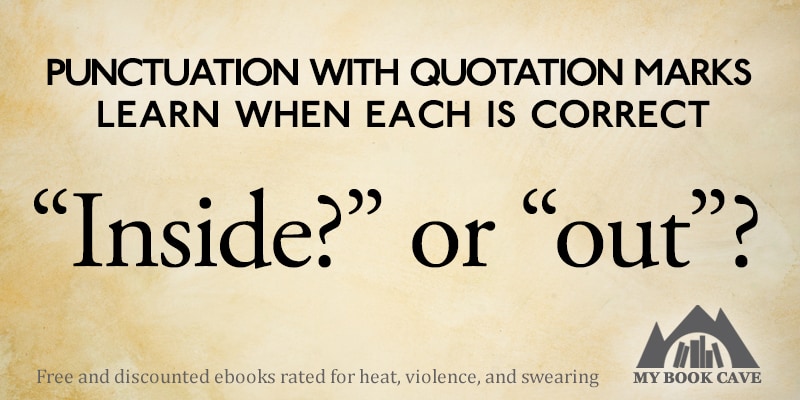 At Book Cave we’ve posted on dialogue tags and on whether or not to use single or double quotes, but often there is confusion about where to put punctuation in relation to the quotation marks.

In America, commas and periods always go inside the quotation marks.

“I think so,” she said.
The Chicago Manual of Style says that “periods and commas precede closing quotation marks.”

Question marks, exclamation points, and em dashes can go inside or outside the quotation mark, depending on whether they’re part of the quote or not. This is true of dialogue, quoted material, or scare quotes. As a reminder, scare quotes are used to show when a phrase is being used in an ironic or nonstandard way—or perhaps it’s not a phrase the narrator or viewpoint character would normally use.

On this first example, the question mark goes outside of single quotation mark because it is not part of Sally’s original comment, but it goes inside the double quotation marks because it is part of John’s comment (unless Sally was actually asking a question when she said “I hate chocolate.”). For more about single versus double quotes, read our blog post Single and Double Quotes in Text and Dialogue.

If the putting the exclamation point outside the quotation mark looks strange to you, try ending the sentence differently by either using a period or adding words.

In the scare quote example below, the question mark goes outside the double quotes because it is not a part of the phrase “hot mama.” (However, note that the period would go inside.) This would be the same for an ending quote used for emphasis.

However, if I were writing this sentence, I’d throw out the quotations altogether unless it’s really important to the scene and the author’s been using scare quotes for the phrase all along. Scare quotes don’t add anything in this isolated sentence except to tell us this kind of language isn’t really the narrator’s usual way of speaking (or perhaps he’s trying to use it as emphasis and it’s not really a scare quote at all). Remember, less is often better. Go with your gut on this, and unless quotes are absolutely needed, considering omitting them.

Finally, em dashes only go inside quotation marks for dialogue, to show that the speaker is abruptly cut off.

However, if you have dialogue interrupted with a dialogue beat, you can show that with the em dashes outside the quotation in pairs. Read more about dialogue beats in our previous posts 8 Tips for Punctuating Dialogue and em dashes in Correct Em-Dash Formation for Ebooks.

Semicolons and colons always go outside the quotation marks.

Colons and semicolons can quickly become annoying to readers, especially in fiction, and often look pretentious, so use them sparingly. Also avoid using them with dialogue, since they can come across as stiff and formal. Again, if having the colon or semicolon just outside the quotes looks wrong to you, you can always change the punctuation or add more words after the quote.

Reuse notice: Non-commercial users, feel free to print out “Punctuation with Quotation Marks” for personal use or give to friends, share online, or make a meme of, as long as you attribute and link back to this post. Commercial users, you may share a link to this post or quote a short excerpt from it with attribution and a link to this site, but you may not use this post in its entirety. Thank you for caring about copyright. 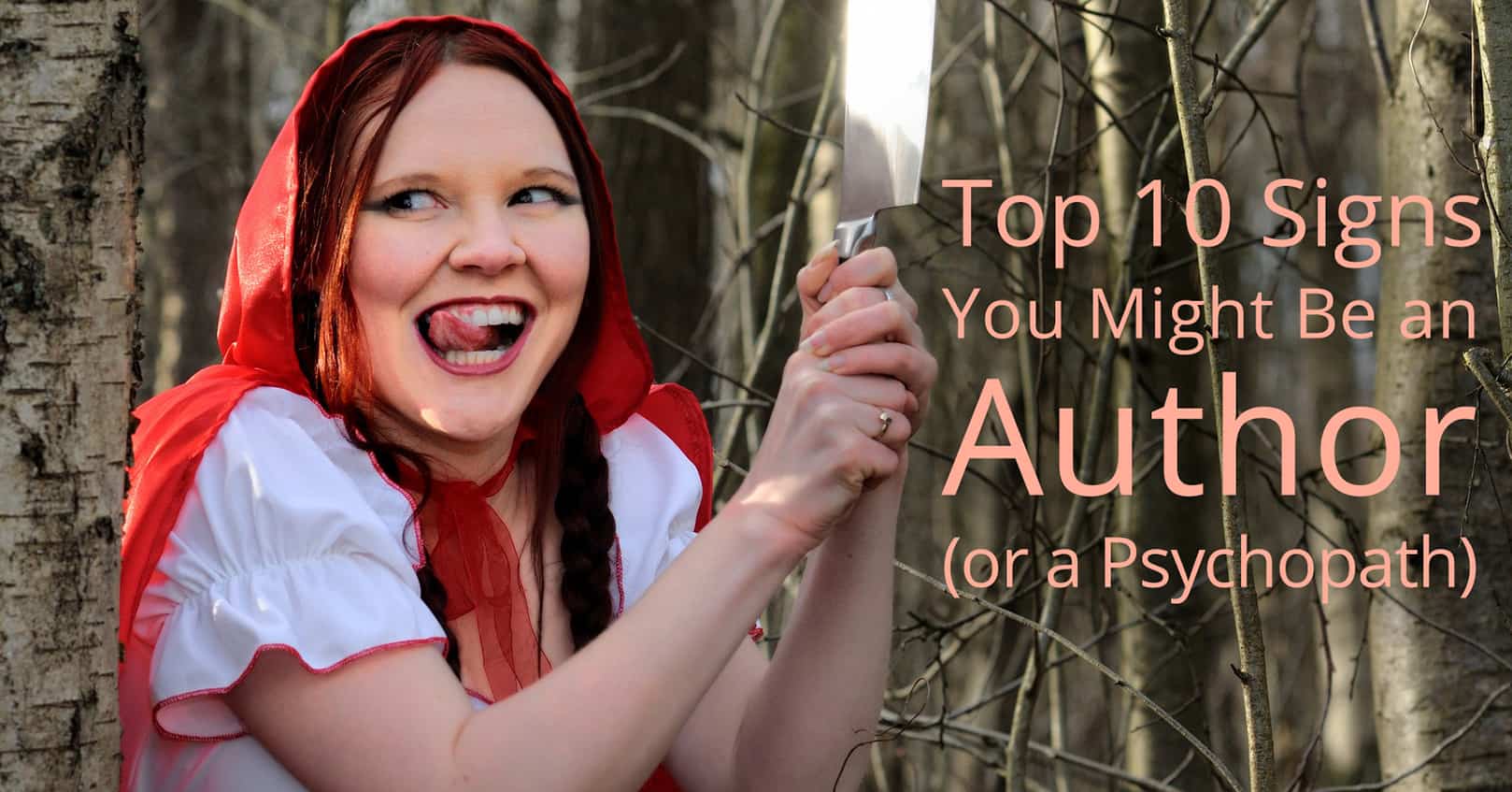 Do any of these signs fit you? If so, you might be an author—or a psychopath. Research is only beginning in this field, and the difference isn’t quite clear yet! 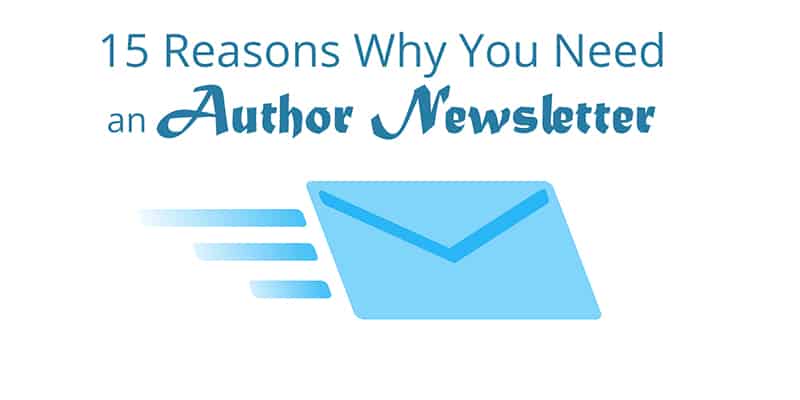 A lot of authors don’t have a newsletter, but an author newsletters are an incredibly useful tool. Having a newsletter can be the very best way to reach more readers and sell more books. 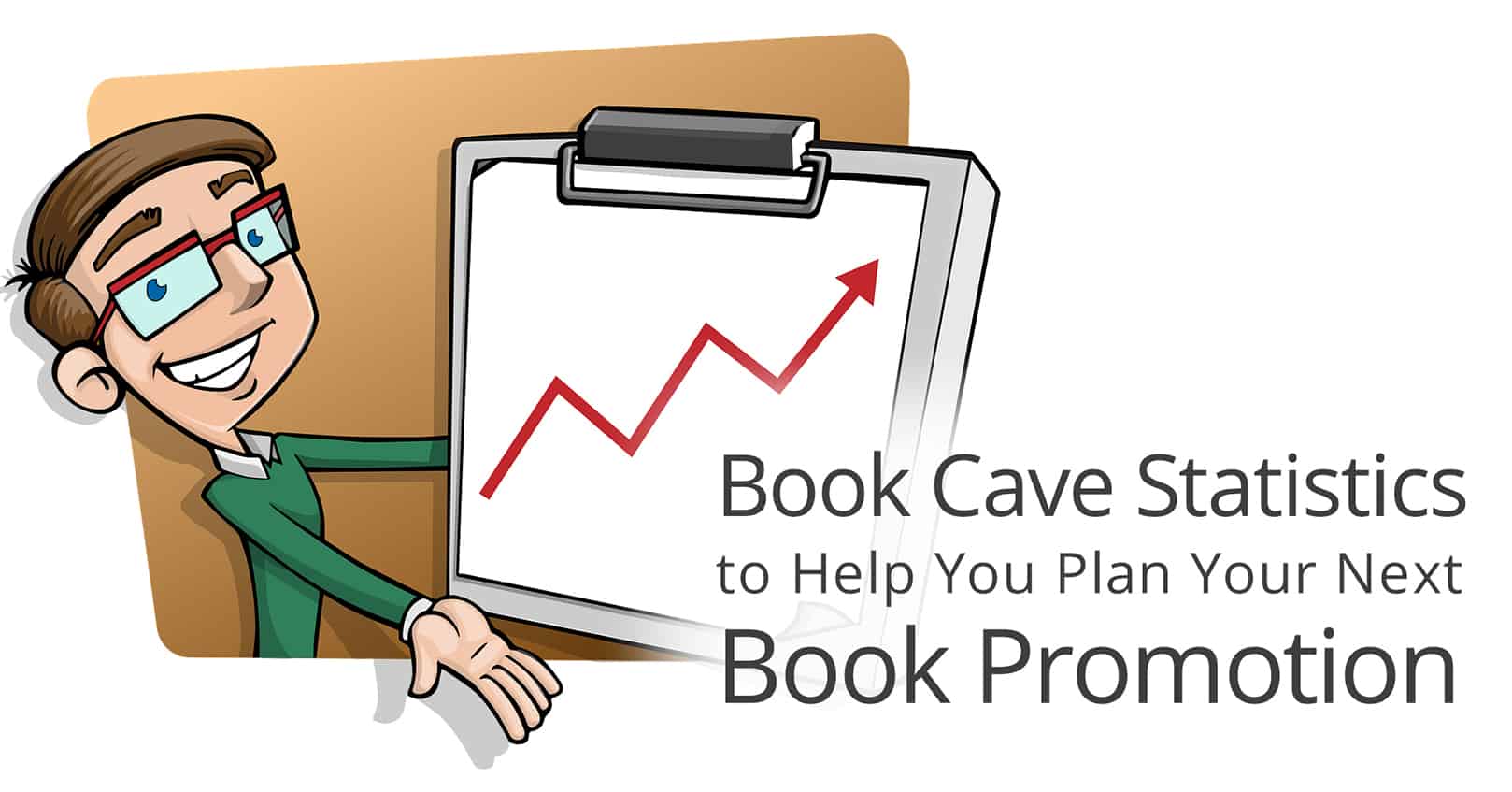 If you’re planning on running a book promotion, you may be wondering how long you should run your promotion for, or if one day of the week is better than another. We took a look at our daily deals email open and click rates to get an answer.