Writing for Authors
Updated 1 year ago 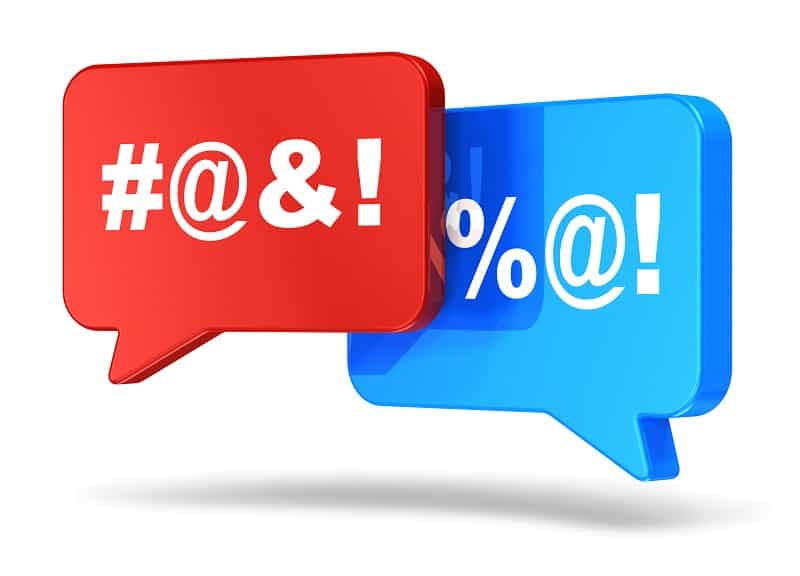 To add or not to add profanity in books is the question.

At Book Cave the most common content-rating problem we have is authors underestimating the amount of profanity included in their novels. But Book Cave is all about matching readers’ preferences, and when readers sign up for less than 5 mild swears, that is what they expect. Keep in mind that Book Cave does not want to limit any content, but we do want to describe it accurately.

Trend Toward Profanity in Books

In recent decades experts have noticed a decided trend to use more and more swearing and vulgarity in creative writing. This is especially true for independent authors not associated with a large publisher. Some authors who use profanity in books believe they are representing the world as it is, and that using profanity makes their writing more authentic and powerful. One author says we need swearing to make our created worlds “bloom with color.”

However, other writers believe there are more effective ways to make the world “bloom.” They claim the use of vulgarity quickly becomes a cheap, convenient device to give the impression that the book is up-to-date and realistic.

Of course some critics are able to point to the profanity found in other works that are often considered to be great literature. But most great literature of the past is admired because of its powerful imagery, descriptions, language, and storyline and not its dependency on swearing or obscenities.

Since around the middle of the twentieth century, society has witnessed a marked decline in spiritual and moral values throughout the Western World, including a distinct weakening of traditional sexual mores. Associated with this change is a radical increase in the use of vulgarity and profanity in the writings of authors. This language and the accompanying behavior is fueled by the obscenities heard every day in sitcoms and movies. However, these trends can be destructive to the quality and value of literature, and at the end of the day, they really don't help sell books.

Authors must always consider their target audience. This necessity has led to many different genres in writing—science fiction, romance, mystery, crime fiction, historical, and many others. Writers who desire to reach as many readers as possible within their chosen genres should seek to avoid shocking their readers with excessive profanity. Why? Well, the reasoning is simple. Many readers today will not be offended by a certain amount of swearing, but unless a reader is a member of a very small, specific demographic, the shocking words meant to bring color often pull readers out of the story because don't relate to the continual vulgarity. At the same time, these readers will not reject a compelling book simply because it doesn’t contain profanity.

This point leads us to ask: Why would any author want to limit his audience?

Great authors such as Piers Anthony, Anne McCaffrey, Arthur C. Clarke, Mary Higgins Clark, Amy Tan, Shannon Hale, Brandon Sanderson, and numerous others have published bestselling books with little or no profanity. In fact, as we were researching this topic, we found that most top-selling books today by large publishers contain fewer than 40 swears (many less than 20), even novels depicting a great deal of violence. Some traditional authors who are self-proclaimed "potty-mouths" often have fewer than 100 swears in their books (and sometimes fall under 40). Contrast this with 100, 200, 500, or even 1000, instances of profanity in books by a large number of indie-published authors.

In the minds of many readers, authors who resort to swearing and vulgarity give the impression of lacking in class, education, sensitivity, intelligence, taste, and finally—talent. Some writing experts even go so far as to say an author who punctuates his or her work with profanity, especially excessive profanity, is simply being lazy. Because when authors use profanity, they are telling the reader what is going on in the minds of the characters instead of allowing the reader to experience the emotion for themselves. In other words, some authors are not doing their real job, which is to describe the characters’ emotions and psychological makeup.

This means that in a very real sense authors should avoid profanity in narrative and even in dialogue just as they do -ly adverbs and other easy forms of telling. They should use their pen to “show” the story and stop “telling.” Often the use of euphemism and suggestion results in a far more powerful story in the hands of a skillful author than swearing and obscenities.

Remember that large that traditional publishers limit questionable language in the books they publish. One might argue that they've realized excessive swearing doesn't help sales or result in a quality piece of literature, but you can draw your own conclusions.

Whatever you decide to do as an author, the last thing you need is a negative star rating because a reader was expecting no or little profanity and their idea of that was different from yours. This is why Book Cave puts numbers and types on profanity—so everyone is aware of the levels and can choose according to their expectations. (You can go here for a post in our author FAQ about what Book Cave considers swearing and how to rate your profanity content better.)

Expectations are exactly why there are movie and game ratings, but until now, with Book Cave and My Book Ratings, books have so far been limited in meeting expectations. Just as a G-rated movie will not have violent murders, sex, or profanity, neither will our lower ratings (All Ages and Mild).

Once again, we are not trying to mandate or control content, but to describe it so readers have a real choice for the first time in book history.

Meanwhile, perhaps give a second thought before you add that next curse word. Is there a more powerful, active way you can “show” instead of “tell” your character’s emotion?

If you'd like to learn more about Book Cave author promotions or other tips for authors, please enter your email below and click the "Learn More" button to receive our author newsletter.