Writing for Authors
Updated 9 months ago

5 Tips for Keeping a Consistent Point of View in Fiction 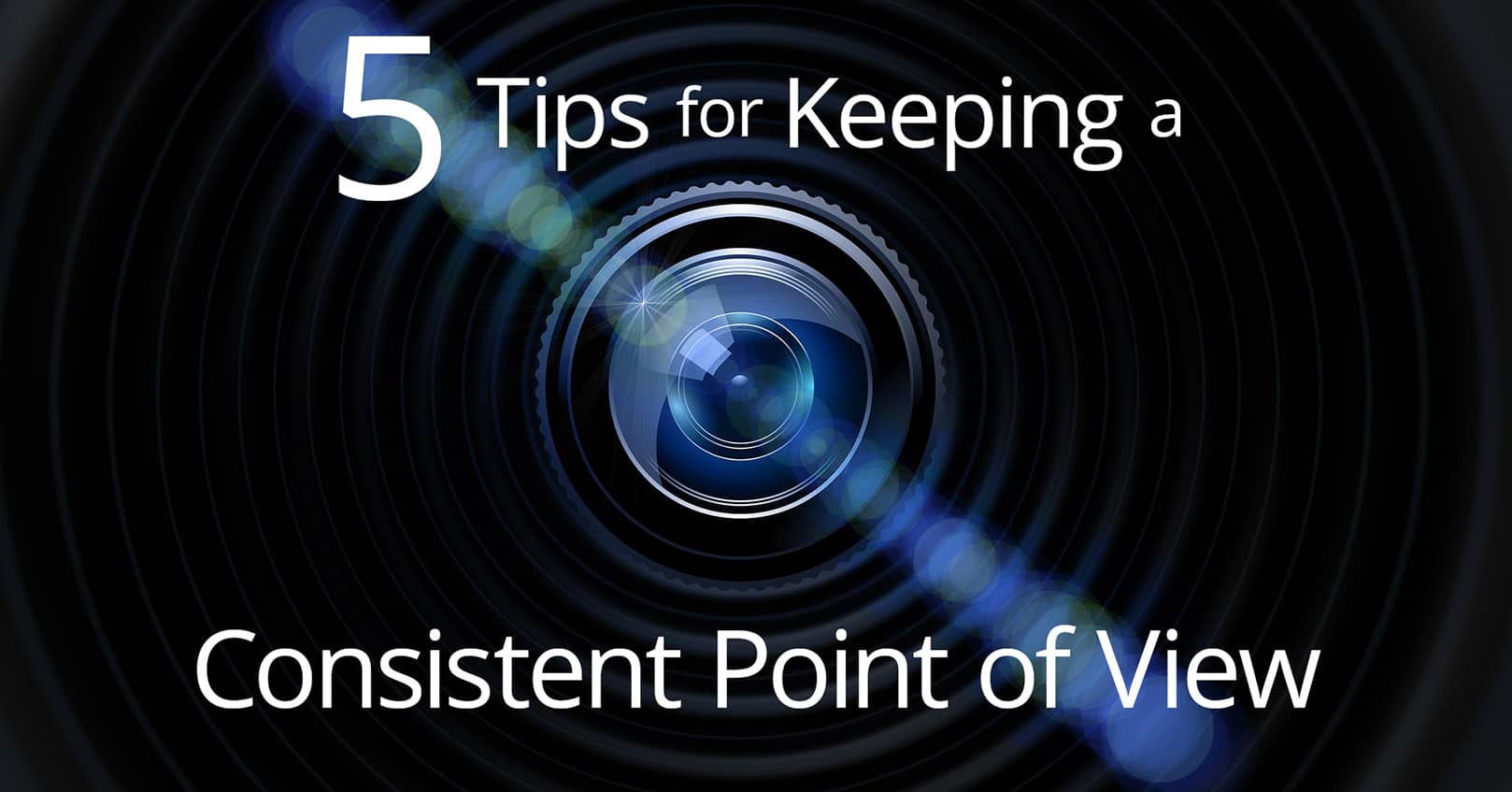 Fiction novels are usually either written in first-person point of view (I, me) or third person limited point of view (she, he, where each scene is only told from the view of one character at a time instead of multiple characters). These two methods are the best way to get into a character’s head and immerse the reader in the story. But sometimes writers break point of view, which confuses the reader and disconnects them from the story you're trying to tell. Here are 5 tips for keeping a consistent point of view.

1. Choose One Point of View Per Scene

Even if you’re using third person point of view, we recommend avoiding using an omnipotent point of view, which makes it difficult to get close to a character. Instead, choose the viewpoint character for the scene and write the scene from their perspective. If there is something your character could not know, then do not write it. Do not head hop, or jump from one point of view to another, within one scene.

2. Keep the Camera Behind the Viewpoint Character

Pretend you have a camera following the viewpoint character. To keep a consistent point of view, the scene can only show what your character sees. If something is happening behind them, then they can’t see it, so you shouldn’t write about it. Maybe they hear something, though, then turn around to see what is happening. Just keep that camera pointed in the right direction.

For example, let’s say my viewpoint character in this scene is Kara, and she’s speaking with John.

Breaks POV: John shook his head angrily. (Kara doesn’t know he’s doing it in anger.)
Stays in POV: John surged to his feet, his eyebrows drawn and his mouth tight.

Your viewpoint character can’t see themselves, so writing things like, “She looked like she hadn’t gotten any sleep,” or “Her long, brown hair framed her heart-shaped face” is breaking point of view. Instead, you could write, “She rubbed her eyes, wishing her fears hadn’t kept her up half the night,” or “She pushed her long, brown hair from her face.”

5. Never Write “He/She Could Not Have Known…”

Writing “she could not have known that…” clearly breaks POV, yet we see it all the time in fiction. This construction is usually an inexperienced way of foreshadowing and can irritate the reader.

Do you have questions or additional tips about keeping a consistent point of view? Let us know in the comments below!

If you'd like to learn more about Book Cave author promotions and other marketing ideas, please enter your email below and click the "Learn More" button to receive our author newsletter.

Reuse notice: Non-commercial users, feel free to print out "5 Tips for Keeping a Consistent Point of View in Fiction" for personal use or give to friends, share online, or make a meme of, as long as you attribute and link back to us. Commercial users, you may share a link to this post or quote a short excerpt from it with attribution and a link to this site, but you may not use this post in its entirety. Thank you for caring about copyright.