102 Best-Selling Books of all Time. How Many Are on Your Bookshelves? 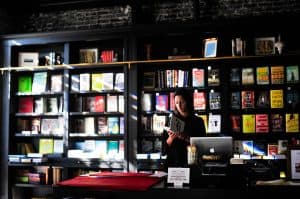 A while ago, I attempted to discover what the greatest books of all time were based on factors like popularity of books, writing quality, lessons taught, etc. I quickly realized that while everyone has their own opinion as to what the greatest books in the world are, very few agree. So, I thought, "Well, I bet the best-selling books of all time could paint an idea of which books are really most popular (at least commercially)," and this post shows my findings. However, it turns out that even tracking which books have sold the most isn't straight forward either.

Due to factors like multiple versions and publishers, exaggeration of the truth to sell movies, books in the public domain, etc., we end up with "estimates" of what books have sold the most, usually rounded to the million. And that's exactly why there are 102 best-selling books of all time here and not a nice, round 100. I couldn't stop in the middle of the 20 millions—who could say which of those in the 20 million round really had sold the most? Besides this, here are the additional parameters for this list:

The Best-Selling Books of All Time

Did any of these best-selling books of all time surprise you? How many do you have on your shelves? Let us know in the comments below!

The information found here was gathered from Wikipedia and Ranker.