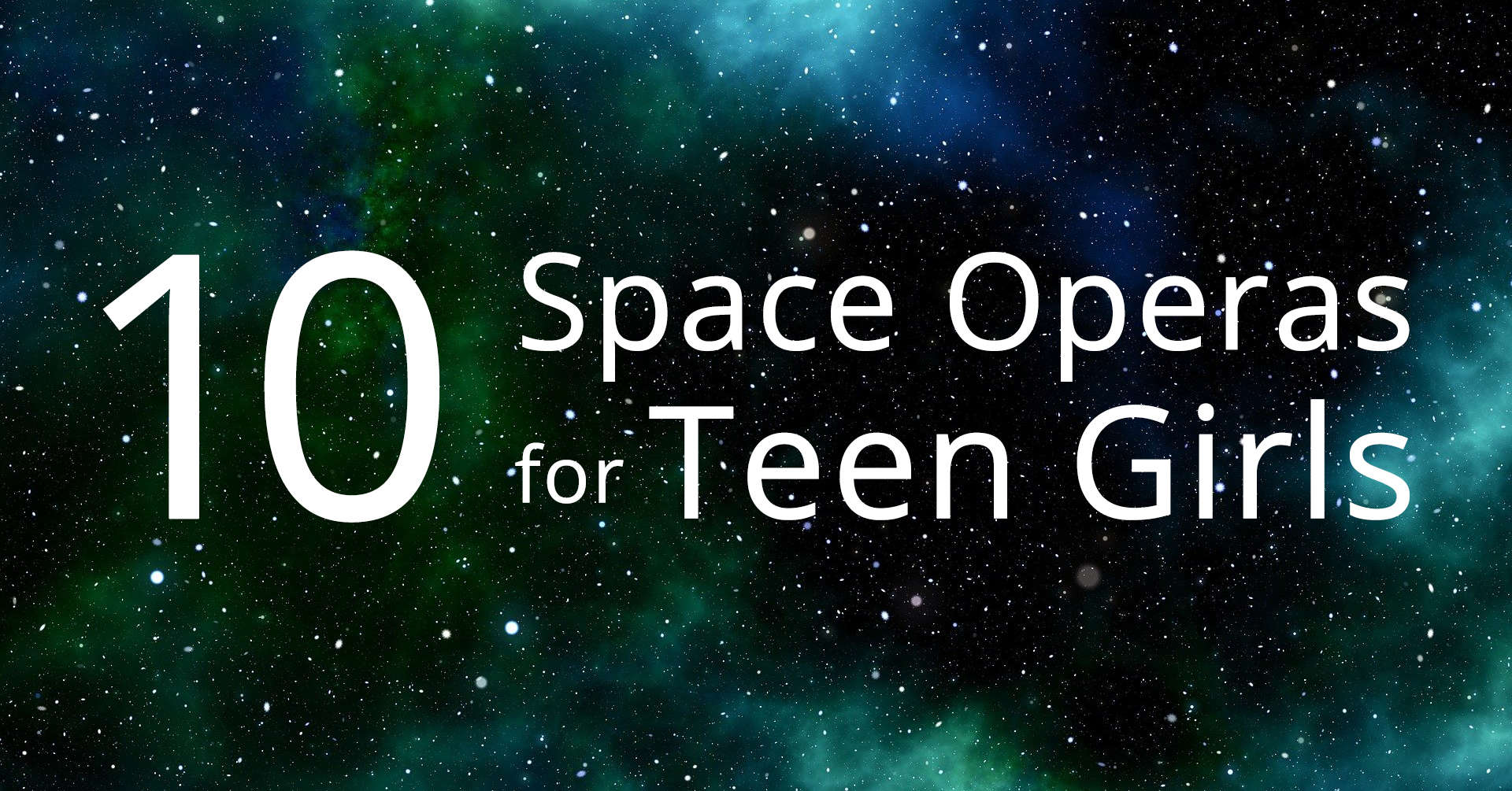 Teen girls and space may have not been considered synonymous 20 years ago, but that’s old news. Authors like Marie Lu and Marissa Meyer are taking girls, well, to the stars. Here are some fun YA books featuring teen girls in space. 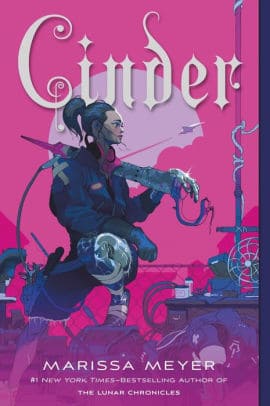 Even in the future, the story begins with Once Upon a Time. . . .

Humans and androids crowd the raucous streets of New Beijing. A deadly plague ravages the population. From space, a ruthless lunar people watch, waiting to make their move. No one knows that Earth’s fate hinges on one girl . . .

Sixteen-year-old Cinder, a gifted mechanic, is a cyborg. She’s a second-class citizen with a mysterious past and is reviled by her stepmother. But when her life becomes intertwined with the handsome Prince Kai’s, she suddenly finds herself at the center of an intergalactic struggle, and a forbidden attraction. Caught between duty and freedom, loyalty and betrayal, she must uncover secrets about her past in order to protect her world’s future. Because there is something unusual about Cinder, something that others would kill for. 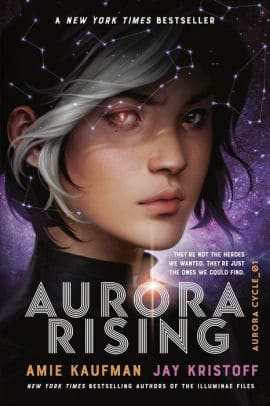 The year is 2380, and the graduating cadets of Aurora Academy are being assigned their first missions. Star pupil Tyler Jones is ready to recruit the squad of his dreams, but his own boneheaded heroism sees him stuck with the dregs nobody else in the Academy would touch . . .

A cocky diplomat with a black belt in sarcasm.

A sociopath scientist with a fondness for shooting her bunkmates.

A smart-ass techwiz with the galaxy’s biggest chip on his shoulder.

A tomboy pilot who’s totally not into him, in case you were wondering. 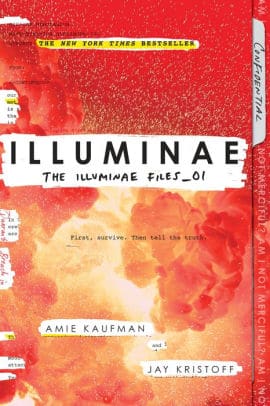 The year is 2375 and one of the mega-corporations that control much of deep space has just fired the opening salvo in an intergalactic war, destroying Kady and Ezra’s planet. Forced to flee on a small fleet of crippled rescue ships alongside thousands of other refugees, the fear of enemy warships chasing them down is at first all-consuming but soon becomes the least of their worries. A deadly plague is ravaging the refugees on the ships; the fleet’s AI, which should be protecting them, may actually be an enemy; and High Command is refusing to acknowledge that there may be a serious problem. As Kady plunges into a tangled web of data in search of the truth, she realizes that Ezra is possibly the only person who can help her save the refugees before it’s too late 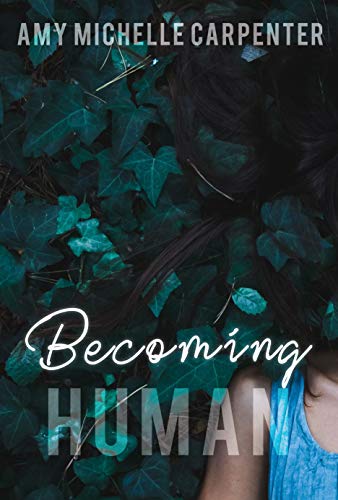 A redneck boy. An Earth-obsessed alien. And a robotic girl . . . Three wildly different teenagers must work together, and accept one another, to save humanity.

“Human and alien, complex, and sweetly personal, Carpenter’s thoughtful world blends sci-fi with coming of age as three unique worlds collide. This book will make you laugh, make you fall in love, and then make you re-evaluate what it means to be human.” —McKelle George, HarperCollins author of Speak Easy Speak Love 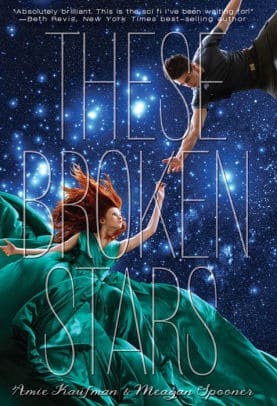 It’s a night like any other on board the Icarus. Then, catastrophe strikes: the massive luxury spaceliner is yanked out of hyperspace and plummets into the nearest planet. Lilac LaRoux and Tarver Merendsen survive. And they seem to be alone. 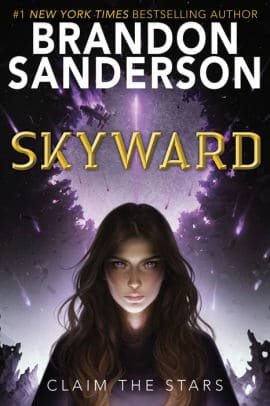 Defeated, crushed, and driven almost to extinction, the remnants of the human race are trapped on a planet that is constantly attacked by mysterious alien starfighters. Spensa, a teenage girl living among them, longs to be a pilot. When she discovers the wreckage of an ancient ship, she realizes this dream might be possible—assuming she can repair the ship, navigate flight school, and (perhaps most importantly) persuade the strange machine to help her. Because this ship, uniquely, appears to have a soul. 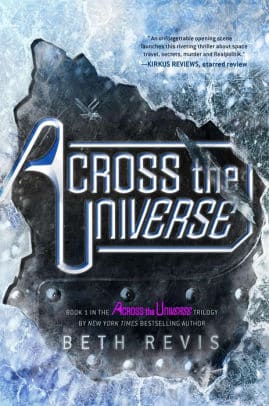 Seventeen-year-old Amy joins her parents as frozen cargo aboard the vast spaceship Godspeed and expects to awaken on a new planet, three hundred years in the future. Never could she have known that her frozen slumber would come to an end fifty years too soon and that she would be thrust into the brave new world of a spaceship that lives by its own rules.

Empress of a Thousand Skies 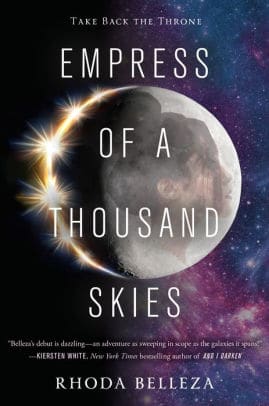 The only surviving heir to an ancient Kalusian dynasty, Rhee has spent her life training to destroy the people who killed her family. Now, on the eve of her coronation, the time has finally come for Rhee to claim her throne—and her revenge.

Alyosha is a Wraetan who has risen above his war refugee origins to find fame as the dashing star of a DroneVision show. Despite his popularity, Aly struggles with anti-Wraetan prejudices and the pressure of being perfect in the public eye.

Their paths collide with one brutal act of violence: Rhee is attacked, barely escaping with her life. Aly is blamed for her presumed murder. 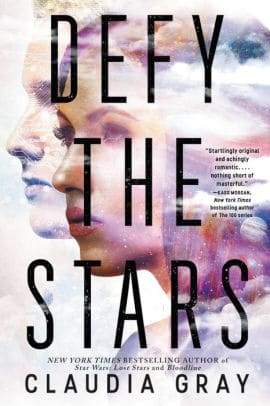 She’s a soldier. Noemi Vidal is willing to risk anything to protect her planet, Genesis, including her own life. To their enemies on Earth, she’s a rebel.

He’s a machine. Abandoned in space for years, utterly alone, Abel’s advanced programming has begun to evolve. He wants only to protect his creator, and to be free. To the people of Genesis, he’s an abomination. 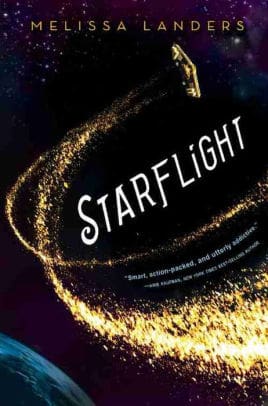 Life in the outer realm is a lawless, dirty, hard existence, and Solara Brooks is hungry for it. Just out of the orphanage, she needs a fresh start in a place where nobody cares about the engine grease beneath her fingernails or the felony tattoos across her knuckles. She’s so desperate to reach the realm that she’s willing to indenture herself to Doran Spaulding, the rich and popular quarterback who made her life miserable all through high school, in exchange for passage aboard the spaceliner Zenith.

Reuse notice: Non-commercial users, feel free to print out “10 Space Operas for Teen Girls” for personal use or give to friends, share online, or make a meme of, as long as you attribute and link back to this post. Commercial users, you may share a link to this post or quote a short excerpt from it with attribution and a link to this site, but you may not use this post in its entirety. Thank you for caring about copyright. 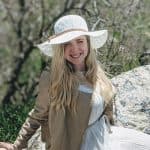 Amy Michelle Carpenter is a developmental editor with Eschler Editing and a professional blogger. She’s written hundreds of blogs and news articles for local and national companies. Becoming Human, her young adult sci-fi, tells the story of a girl from an austere planet who discovers what it means to be human.

As the daughter of an Army officer, she grew up traveling the country and has lived by sandy beaches, southern woods, towering cities, and the rocky mountains. Now, she resides in the countryside of Tooele, Utah, with her husband and baby girls. She enjoys seeing what wildlife and farm animals dare venture into her yard only to be chased by her toddlers. Wherever family is is home. Visit her at her website here.