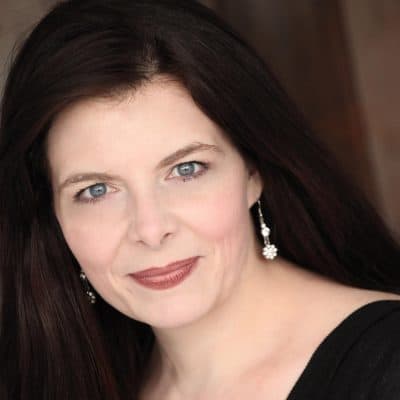 Rebekah is a USA Today Bestselling Author and Screenwriter. Her debut novel Dead Awakenings, hit the bestseller list on release day. She has won several awards in both writing and screenwriting. Books in her popular fairytale retelling series Fairelle have won many awards including the Golden Palm and was a finalist for Rone Award as well as won Best Fantasy Series of 2014 from the Paranormal Romance Guild. Her trilogy The Society was released by Kensington, and her new series Wolf River released in 2016. Rebekah is a prolific author releasing upwards of five books a year and is currently working on six different series.
Rebekah is the former President of the Fantasy, Futuristic & Paranormal Chapter of RWA as well as a member of several local and online chapters. In her spare time when she isn't writing you can find her teaching on SavvyAuthors.com or at RWA. Rebekah is also known for her elaborate cosplays with her family and has been a guest speaker and panelist at San Diego Comic Con, Wondercon, Salt Lake Comic Con, Long Beach Comic Con, Comikaze, Fyrecon and several other Comic Cons on the west coast as well as LTUE, Romantic Times Convention, RWA, InD'Scribe, Genre LA and Authors After Dark and Book Lovers Con.

Mountains. I hate sand in my stuff. 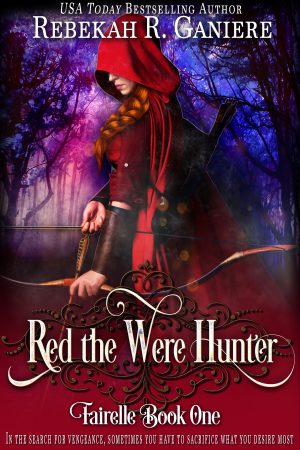 Red the Were Hunter
by Rebekah R. Ganiere
Adult
$2.99
view 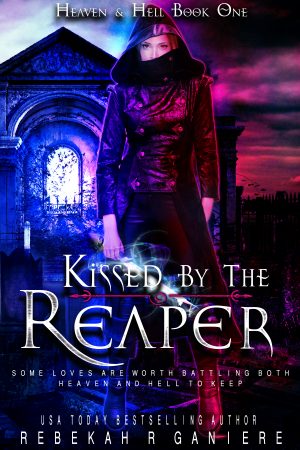 Kissed by the Reaper
by Rebekah R. Ganiere
Adult
$0.99