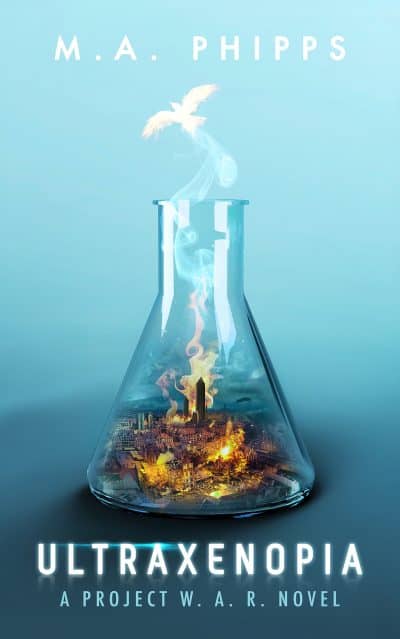 Wynter can see the future. Now, she has to choose between being a mad scientist’s guinea pig or seeking out a man she’s not sure she can trust . . . a man she keeps seeing in a repeating vision of the impending end of the world.

Betrayed by Family. Tortured by the Enemy. Destined to Destroy the World.

Wynter Reeves lives by three rules: Don’t stand out. Blend in. Remain invisible. In a world where individuality is dangerous, being forgettable keeps her alive.

Until she begins showing signs of a rare disease, drawing the unwanted attention of the State’s sinister research facility, the DSD. Apprehended against her will for testing, Wynter becomes the subject of the mysterious Dr. Richter, who is determined to make sense of her condition.

However, Dr. Richter’s intentions are less than noble, and after months of horrifying experimentation, Wynter jumps at the chance to escape her captors. But freedom isn’t what she expected, and as her symptoms worsen, she must make a choice. One that will determine not only her future . . .

But the fate of the world.