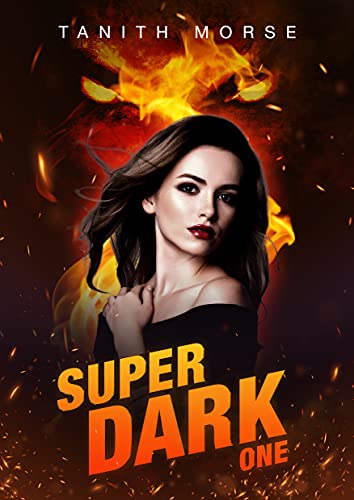 For fans of Stephenie Meyer, Super Dark is a captivating tale filled with romance, suspense, and grotesque creatures that will keep you guessing right until the final page.

Who or what is Lee Weaver? That is the question in this gripping paranormal romance that reviewers and readers describe as “amazing,” “super great,” and “impossible to put down.”

A decade ago, darkness entered Sam Harper’s life and never let go. When Sam’s best friend, Elliot, was snatched by grotesque creatures on Halloween night, her world was turned upside down. Now, ten years later, the investigation has come to a halt and Elliot’s whereabouts remain a mystery.

Traumatized by her ordeal, Sam is mistrustful of authority and finds it difficult to make friends. She’s changed schools more times than she can remember. To her, the world is cruel and unforgiving, until she meets enigmatic Lee Weaver.

Alluring in every way, Lee is hard to resist, but Sam senses that there’s more to Lee than meets the eyes. Her doubts are confirmed when a secret from his past is revealed. A secret so horrific, it threatens to destroy all that’s left in Sam’s world.